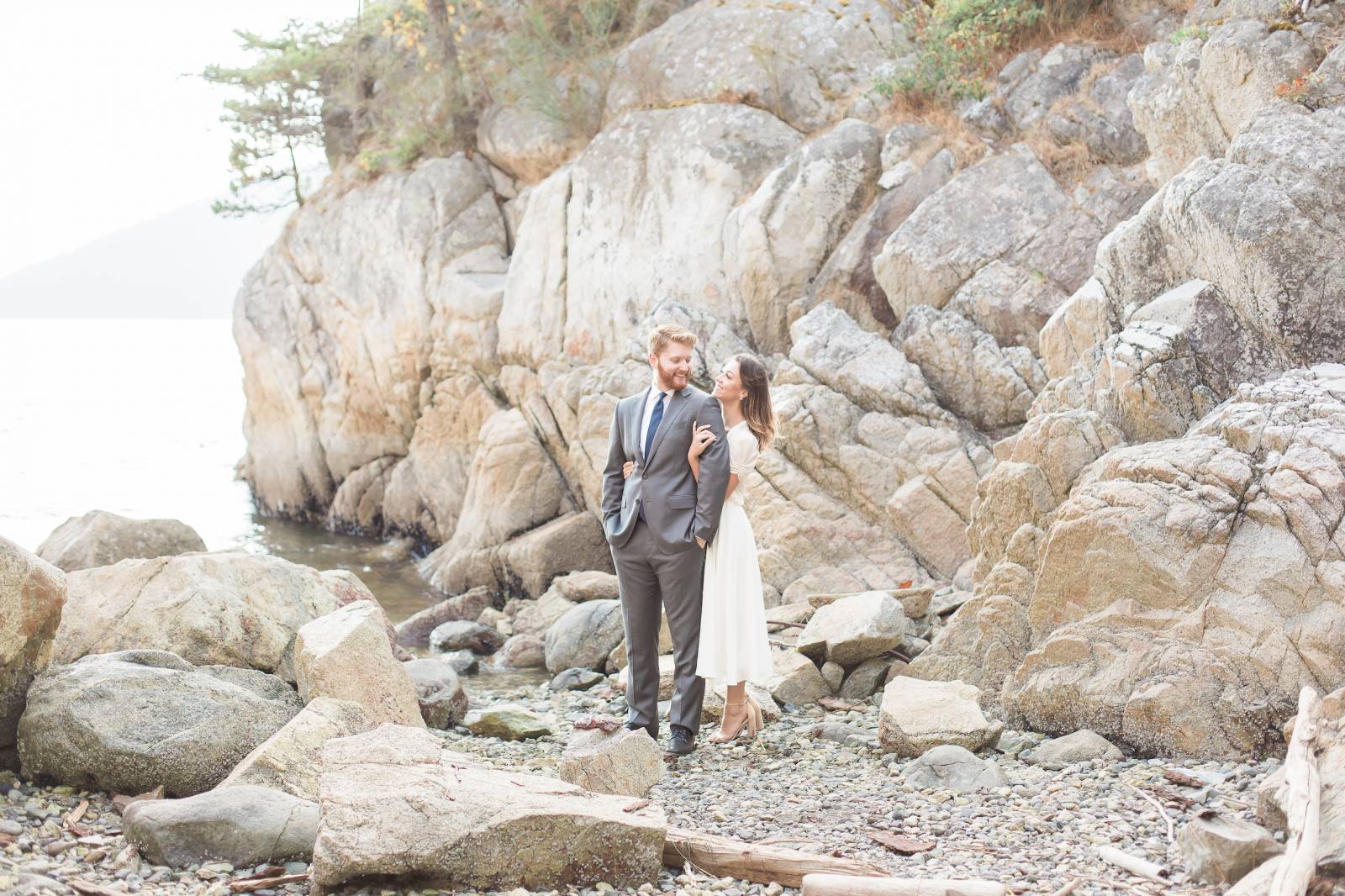 I'd known for a while that I was going to propose to Talia, but I had a lot of difficulties pulling the trigger. We had often talked about getting married one day, but I always overanalyzed whether it was the right time of my life to be making that sort of commitment. I was 26 at the time, just starting out my career in law, and Talia was only 23. My hesitation never had anything to do with my confidence in our relationship, but instead had to do with what people think, or when the "right time" was to get married. I felt that maybe we were "too young", and as a persistent planner, I just wanted to make the "right decision". But the moment I knew I was going to propose to Talia came to me one morning before work. Talia (a NICU nurse) had just left to go work a shift at the hospital, and I had a half hour to myself at our apartment before heading in to work. I started playing a playlist on Spotify of my favourite classic rock songs, and "Maybe I'm Amazed" by Paul McCartney and Wings came on. This had always been one of my favourite songs, but this time I reacted to it differently. I started crying - a lot, alone in our apartment - out of gratitude. Gratitude for Talia. Lyrics that I'd listened to before and simply thought were well written now sounded like they were written about me and my relationship with Talia. I was particularly affected when McCartney sang "Maybe I'm afraid of the way I love you", as I knew it was fear that was holding me back from proposing. It was that moment when I decided I was going to propose to Talia, and do it soon.

The proposal took place just before Talia and I were about to go on a two-week vacation to London and Paris in mid-May of 2018. I think Talia had an inkling that I was going to propose to her in Paris, but it never wound up working out that way. You see, at the time, I was working as an "articling student" at a big corporate law firm in downtown Vancouver, and I was working outrageous hours, particularly leading up to our trip. I think that the week I proposed to Talia, I had already worked a 40 hour week by Wednesday so I would be ready for our trip, which started on Thursday. I was exhausted and felt guilty that I hadn't planned an extravagant proposal for Europe. I was hoping to plan it out earlier in the month before heading out to Europe, but I literally did not have time to think about anything but work. I was worried that, even though I knew I wanted to propose to Talia, I wouldn't be able to until after the Europe Trip. This would have been a let down for both of us.

That Wednesday, the day before our trip, I had been in the office since 6 AM and gave Talia a phone call in the early evening to tell her I wouldn't be home until later and that even though I hadn't packed my stuff yet, I would when I got home. She told me she had already packed everything up for me since she knew I was so stressed and busy at work. I was incredibly grateful for Talia doing this, and for the fact that she always looks out for me and takes care of me. I felt the same gratitude I felt sitting alone in our apartment that morning listening to McCartney and Wings and realized I was unnecessarily stressing about orchestrating some elaborate proposal. I decided I would propose to Talia that night when I got home.

I arrived home an hour or two later and Talia greeted me at the door. I told her I had to quickly do something - I went into the room to grab the ring I had hidden. When I came out, I told her I had something serious to talk about. I unintentionally came across as quite somber, so Talia seemed worried. Then I dropped on one knee and proposed. She said yes and we both were ecstatic. We called her mom and my parents put everyone on speaker phone and just talked about the proposal. It was one of the best moments of my life.

If I could have gone back, I would have done it the exact same way 10 times out of 10. The proposal represents our relationship, a deep companionship where we do not feel the need to engage in histrionics to profess our love or keep each other happy. We are perfectly content with each other, no matter where we are. I hope to experience a full and happy life with Talia, and look forward to marrying the love of my life. 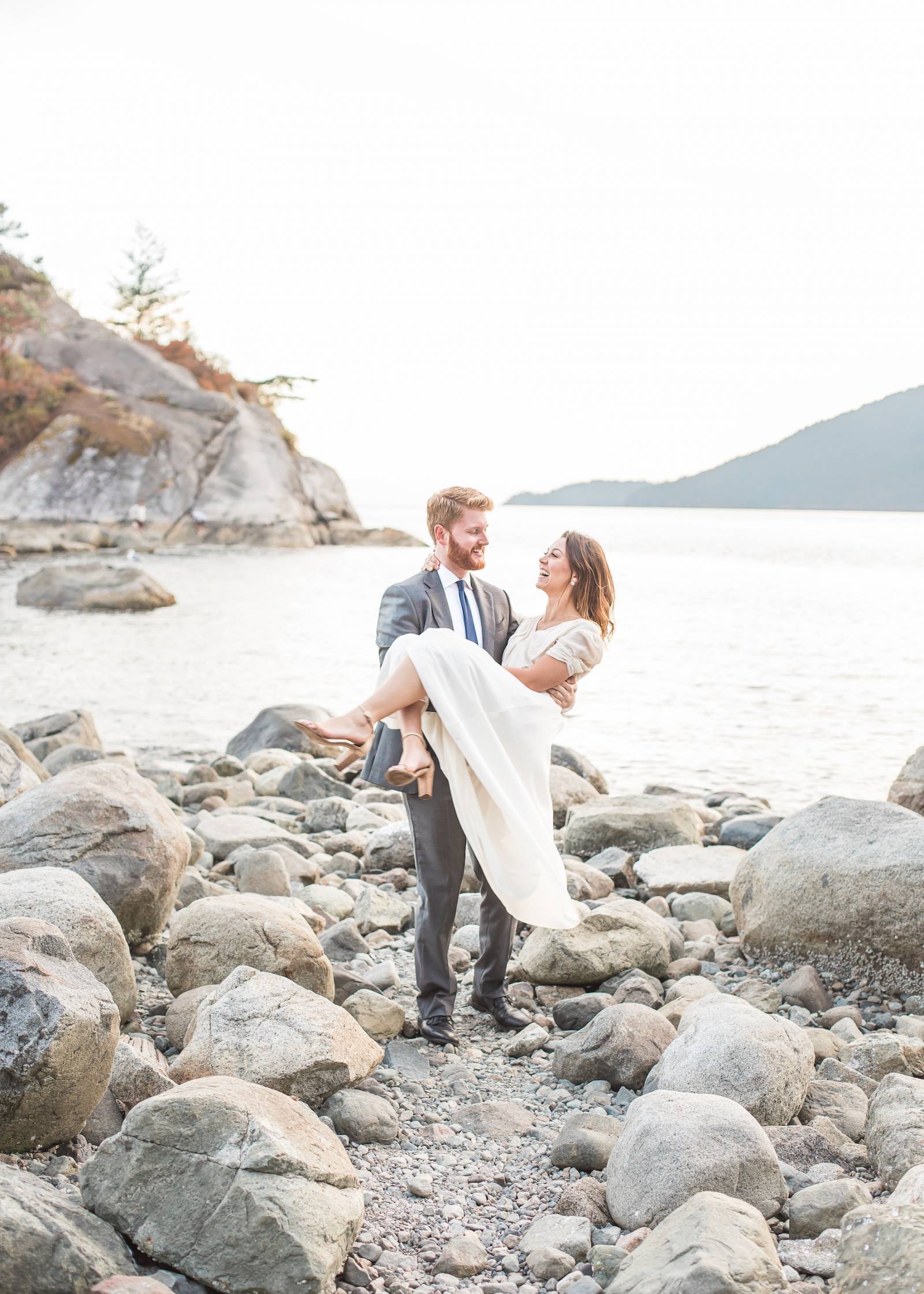 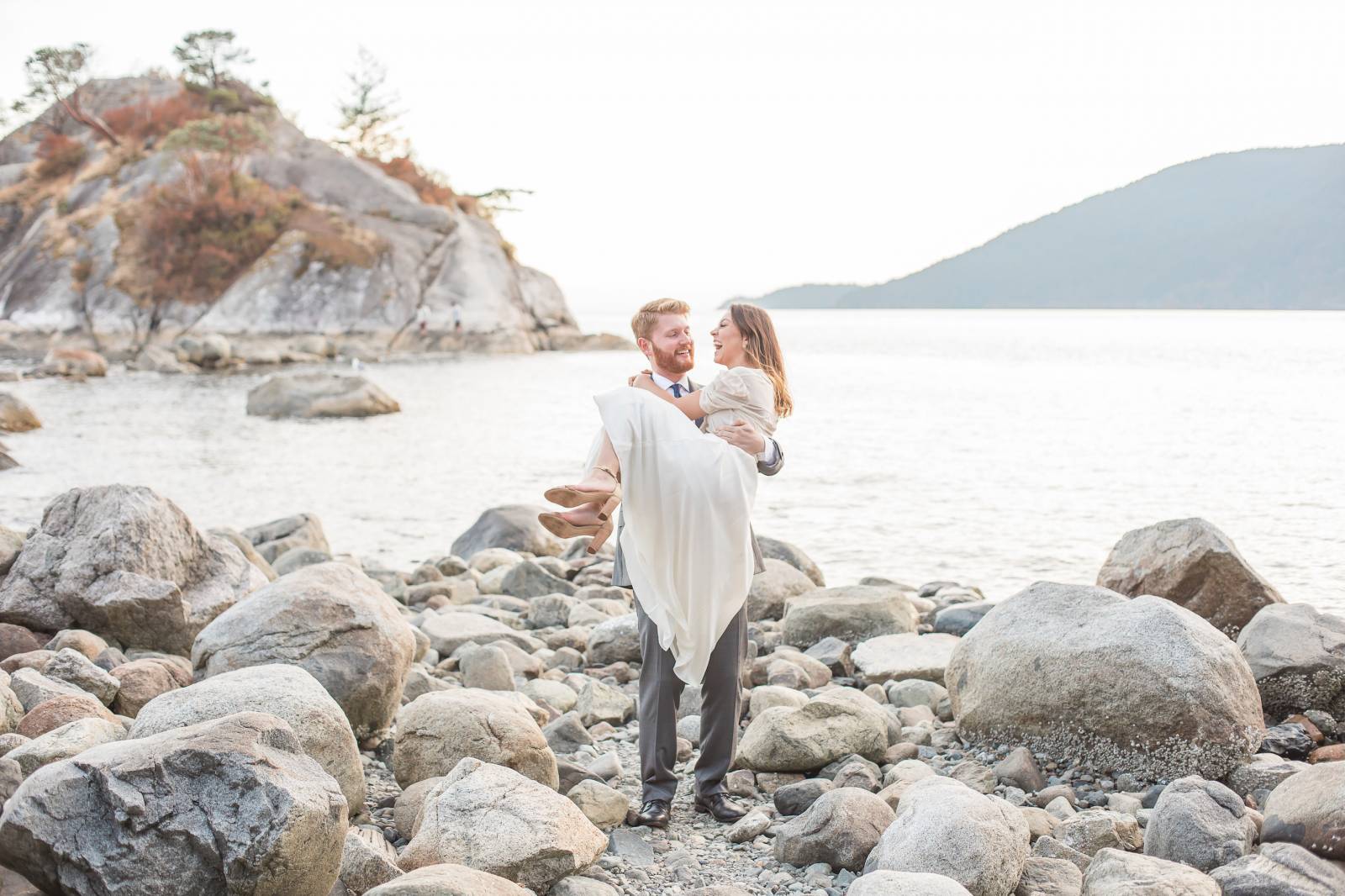 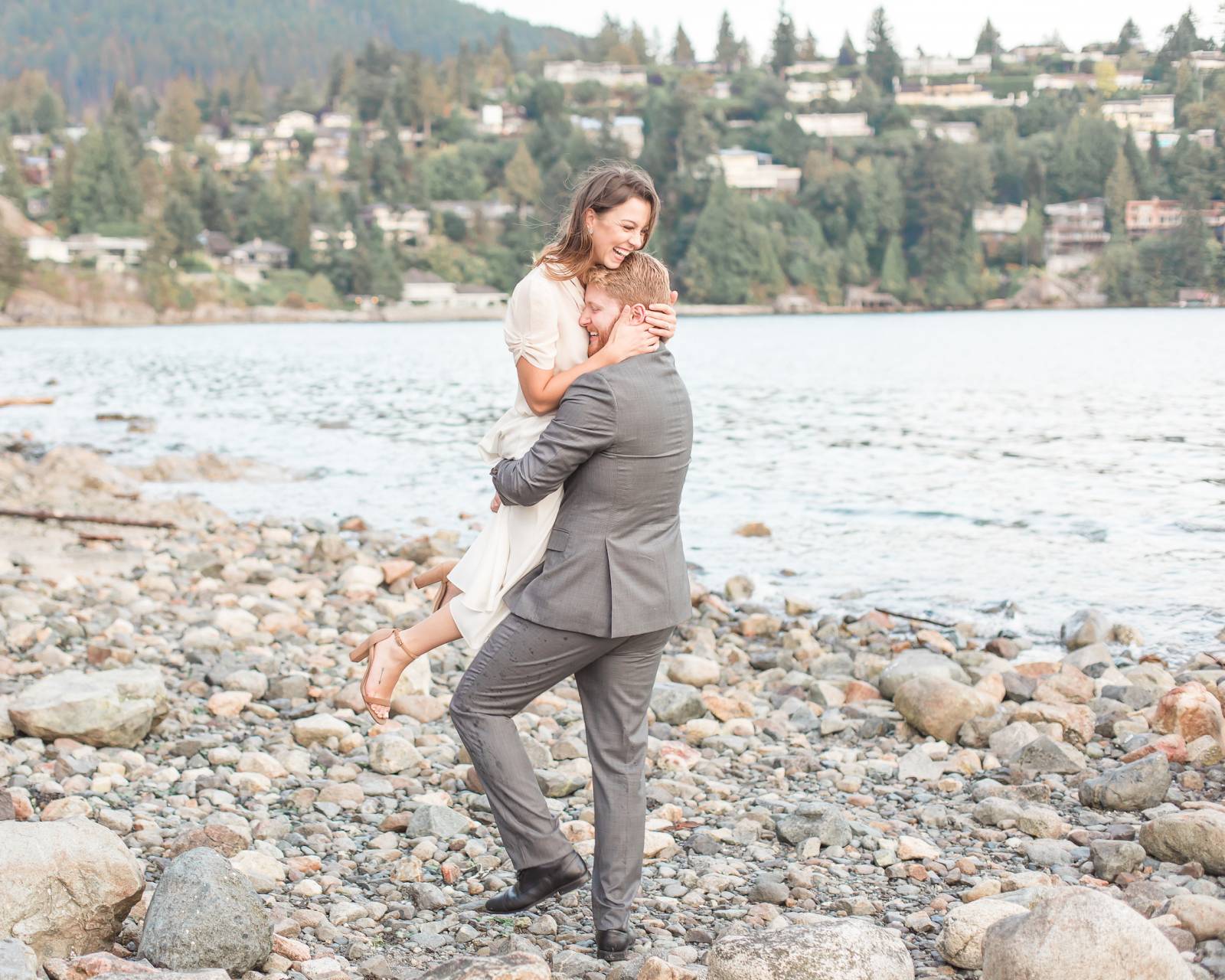 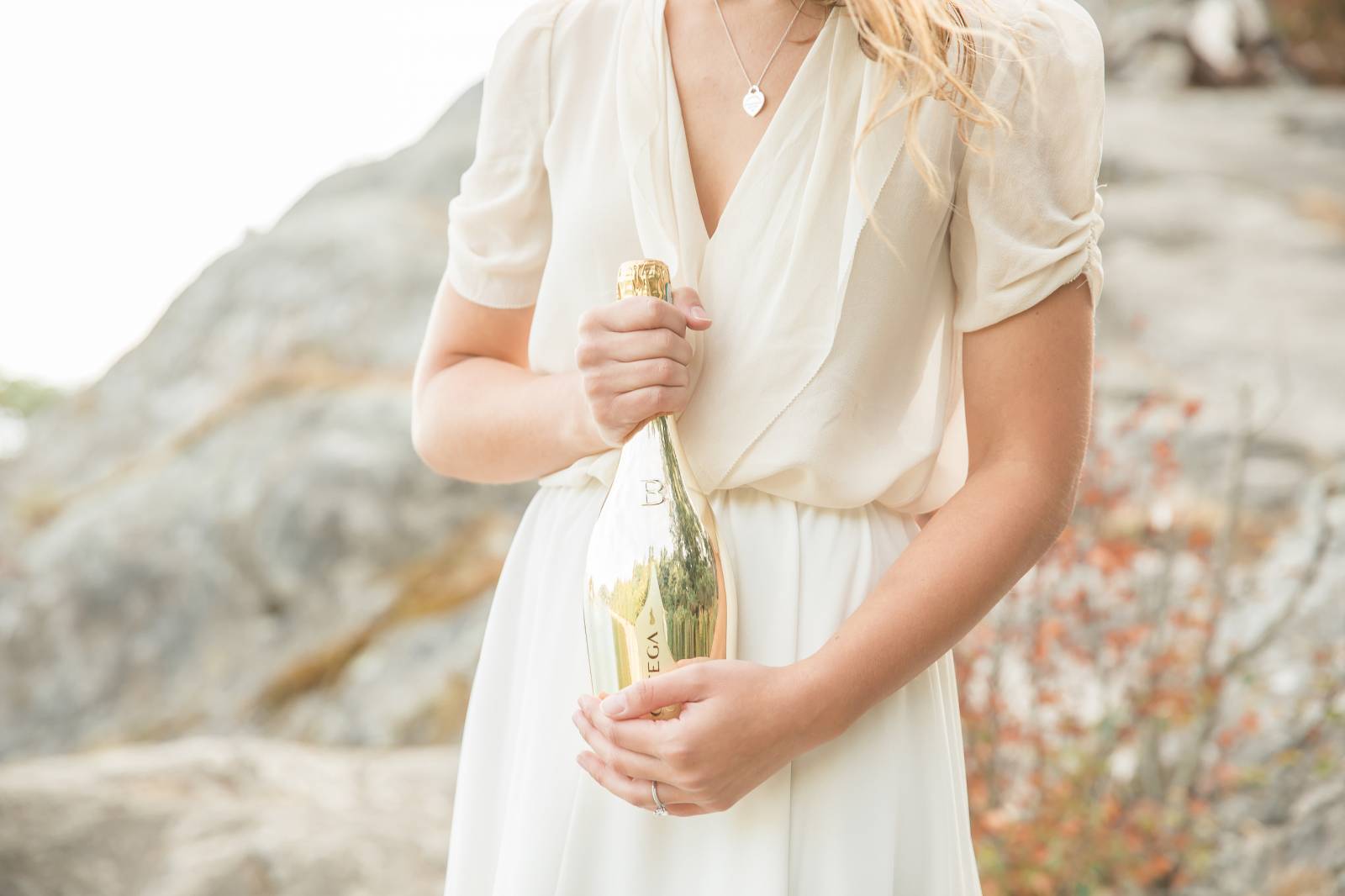