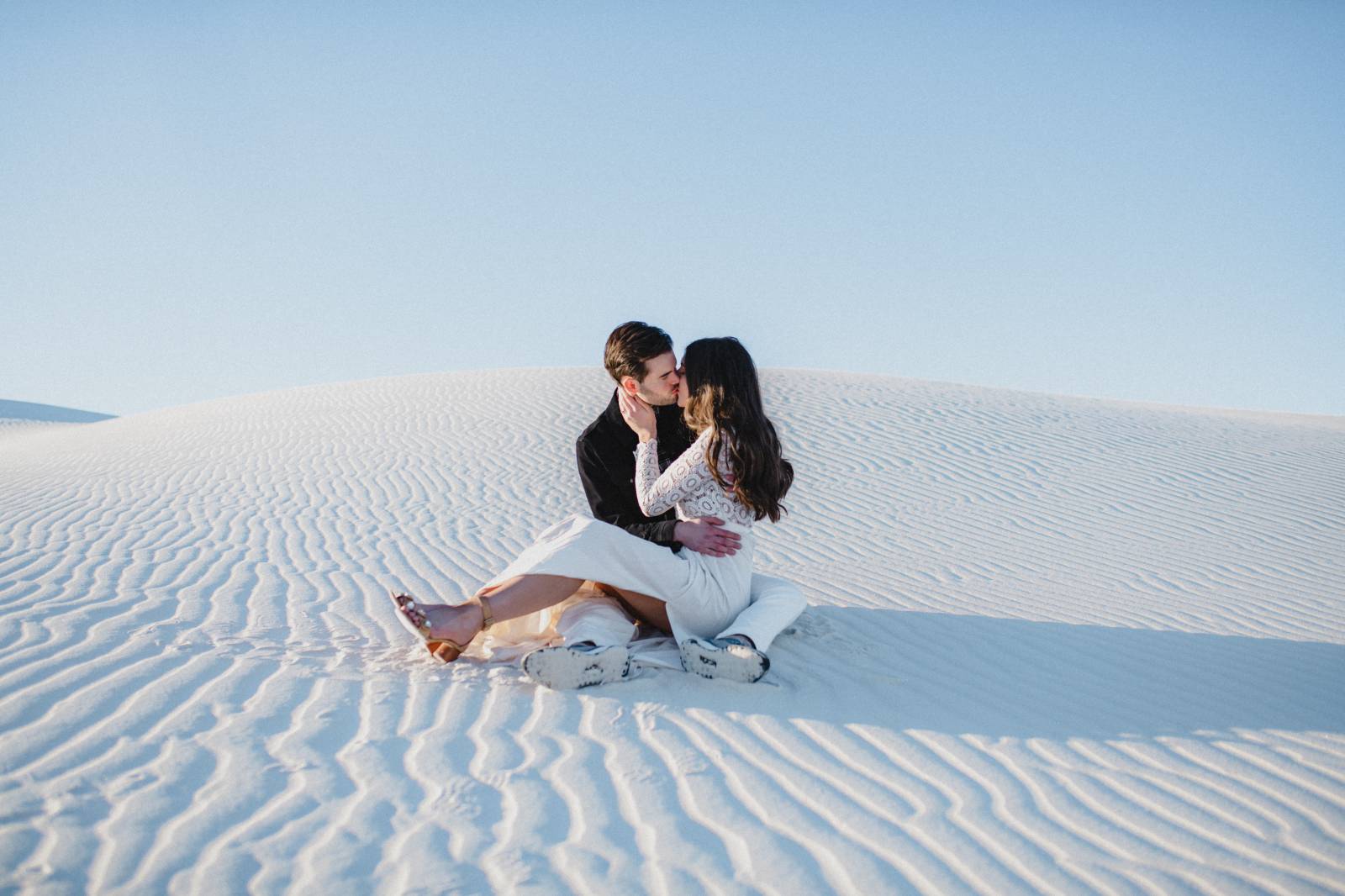 Kyle and I are from Oklahoma City, and we got engaged in January of this year. We are eloping in Scottsdale, Arizona in October with our immediate families and having a small ceremony at the Arizona Biltmore Hotel. Our good friend Michael Weidemann is a professional photographer and owns Scissortail Stories, a traveling wedding photography business. In fact, Kyle and Michael and have been best friends since high school. So, it was a no-brainer that Michael helped Kyle plan our proposal in January.

When it was time to take engagement pictures, I asked Michael if he had any ideas. I wanted something unique that fits our vibe and matched the theme of our elopement. Michael suggested we take a road trip to White Sands, New Mexico, and we said yes without hesitation.

We made the ten-hour drive to White Sands and found ourselves in the middle of incredibly high winds. On the first day of the shoot, we headed out to catch the sunset. But the winds were insane--gusts of up to 50 miles per hour. Other tourists were in parkas and boots because it was so cold and windy. In spite of all of that, the wind made for some breathtaking pictures. They were the perfect combination of moody, emotional, and windswept. The following morning, we got an early start to see the sunrise. Thankfully, there was no wind but we weren't prepared for the early morning desert temps. It was 19 degrees, and I was in sandals! Despite the frigid temps, though, the views were worth it. On our way home, we made an impromptu detour to Santa Fe. We were woefully underprepared and underdressed for the weather, though. As light snowflakes started falling down, I threw on the warmest thing I had over my dress--a leather jacket.

The three days, multiple detours, and twenty-four hours in the car were completely worth it for the stunning pictures. I am so glad we will have these memories to last us a lifetime! 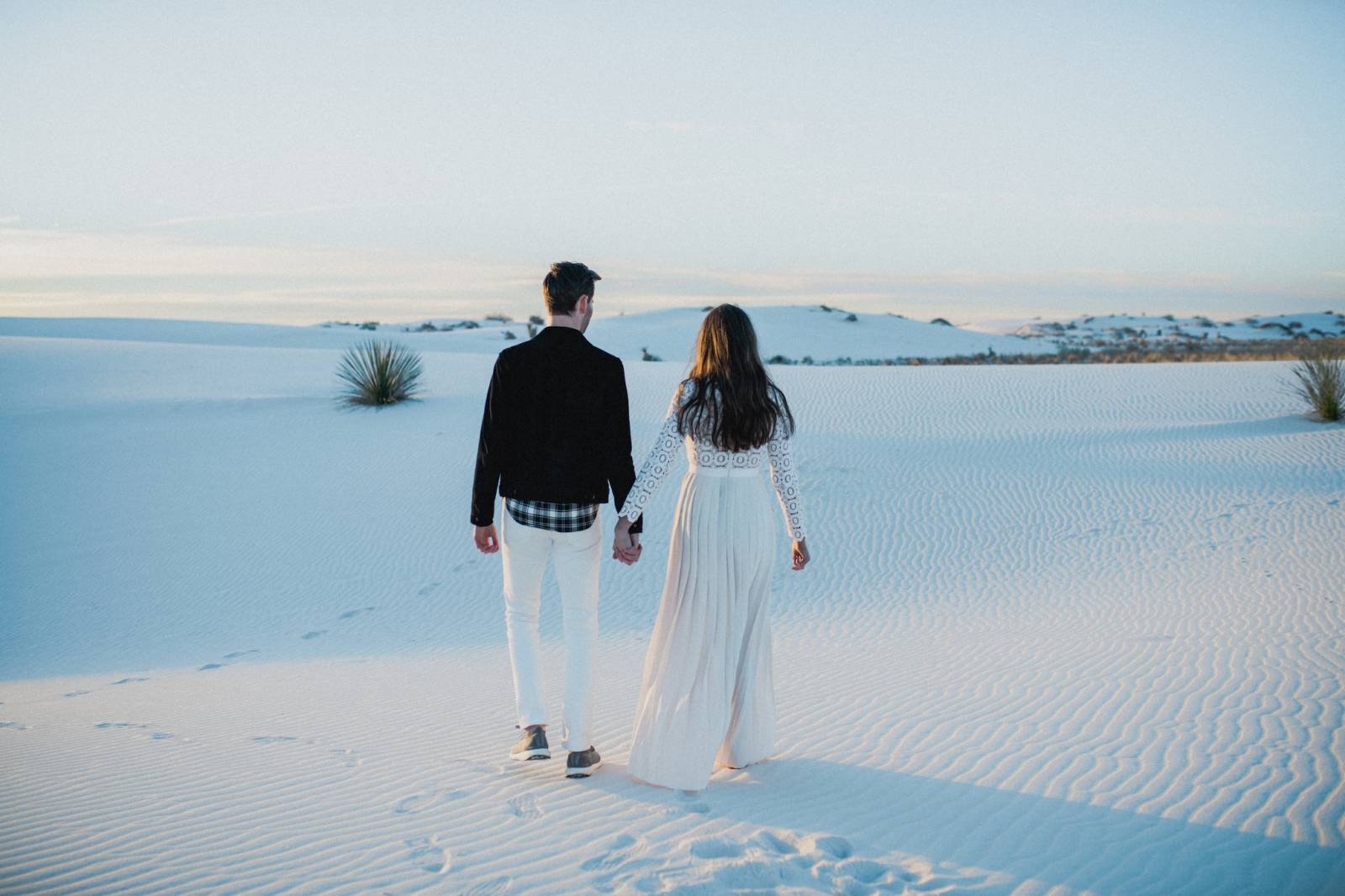 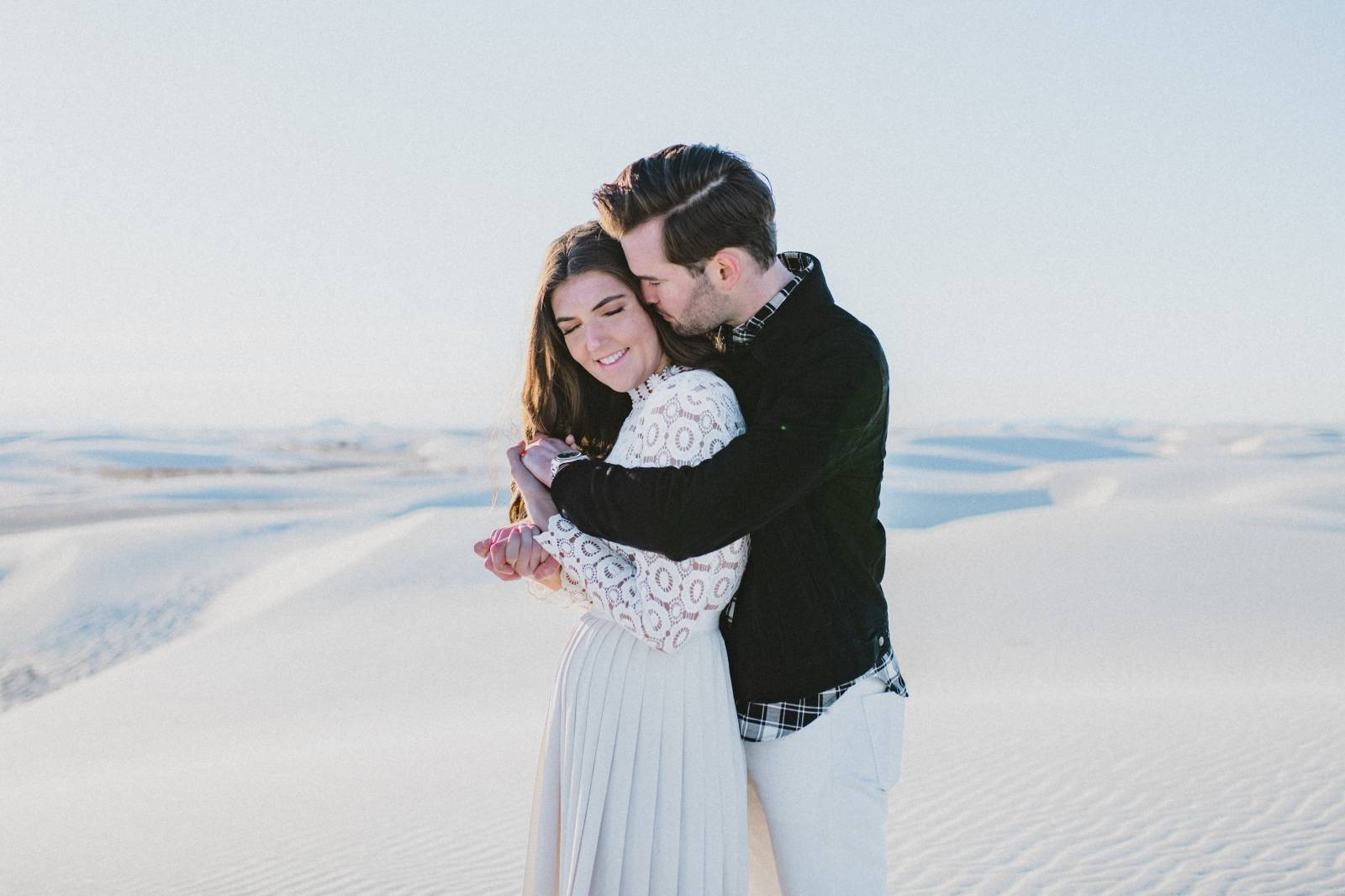 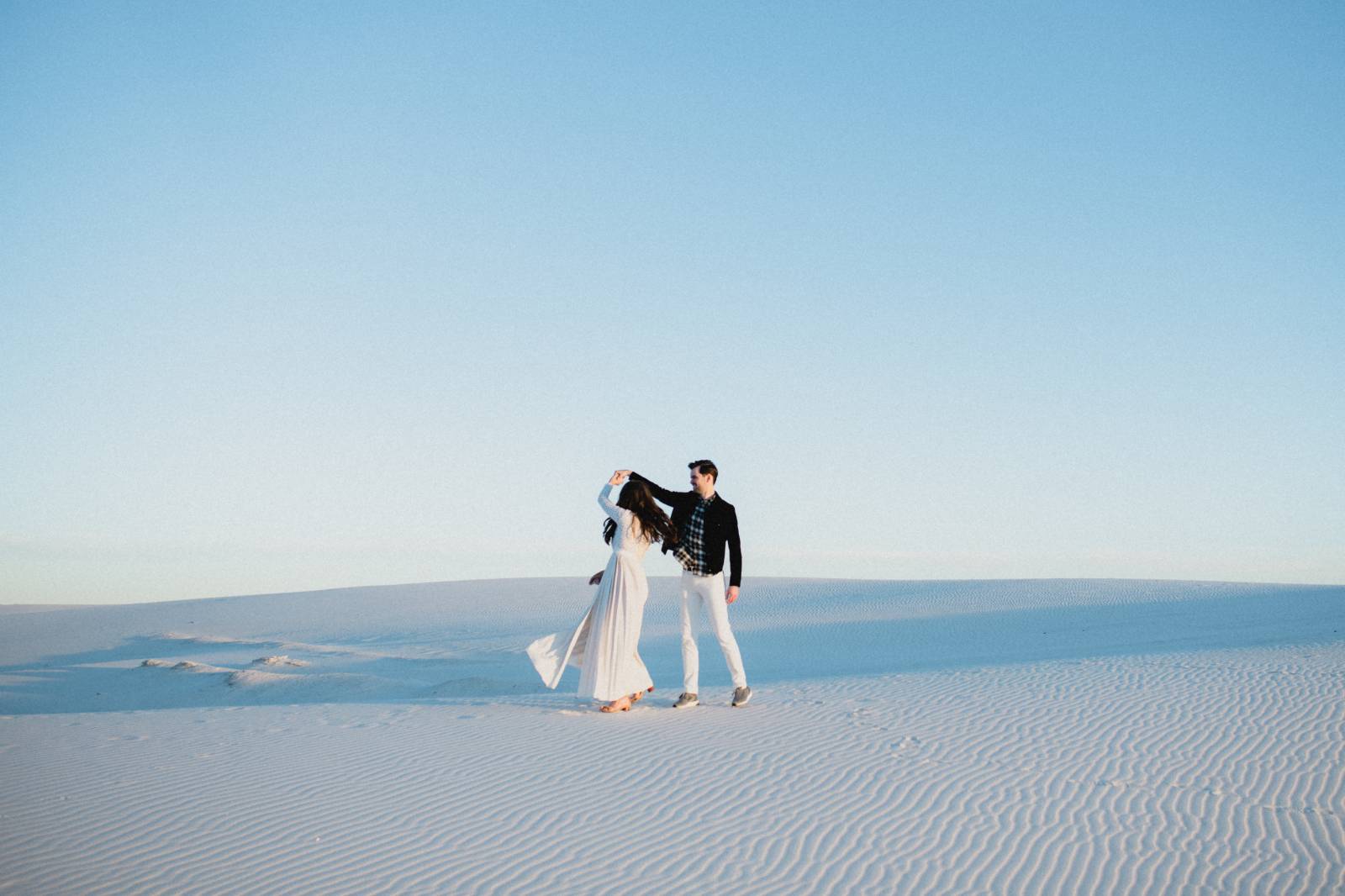 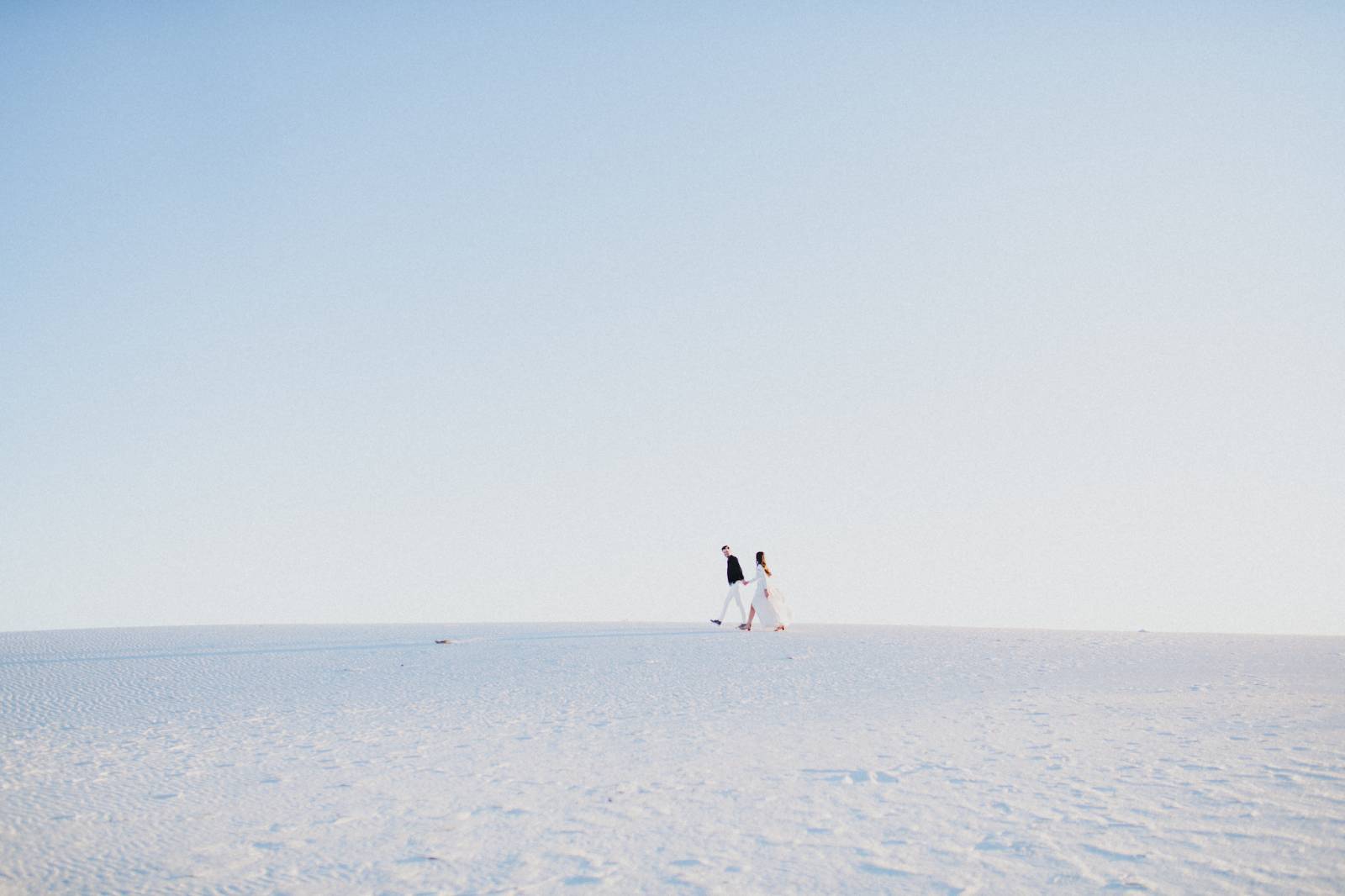 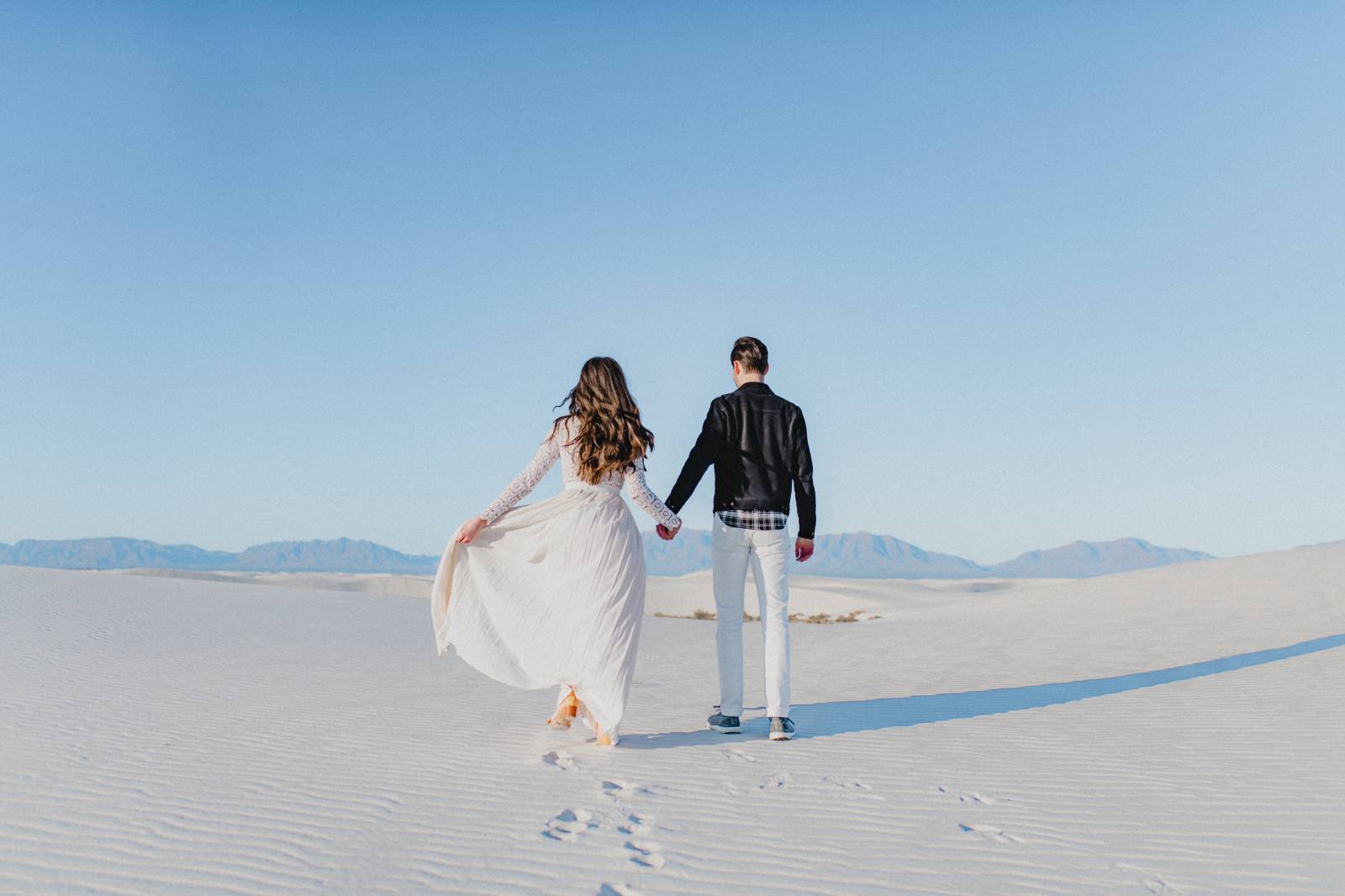 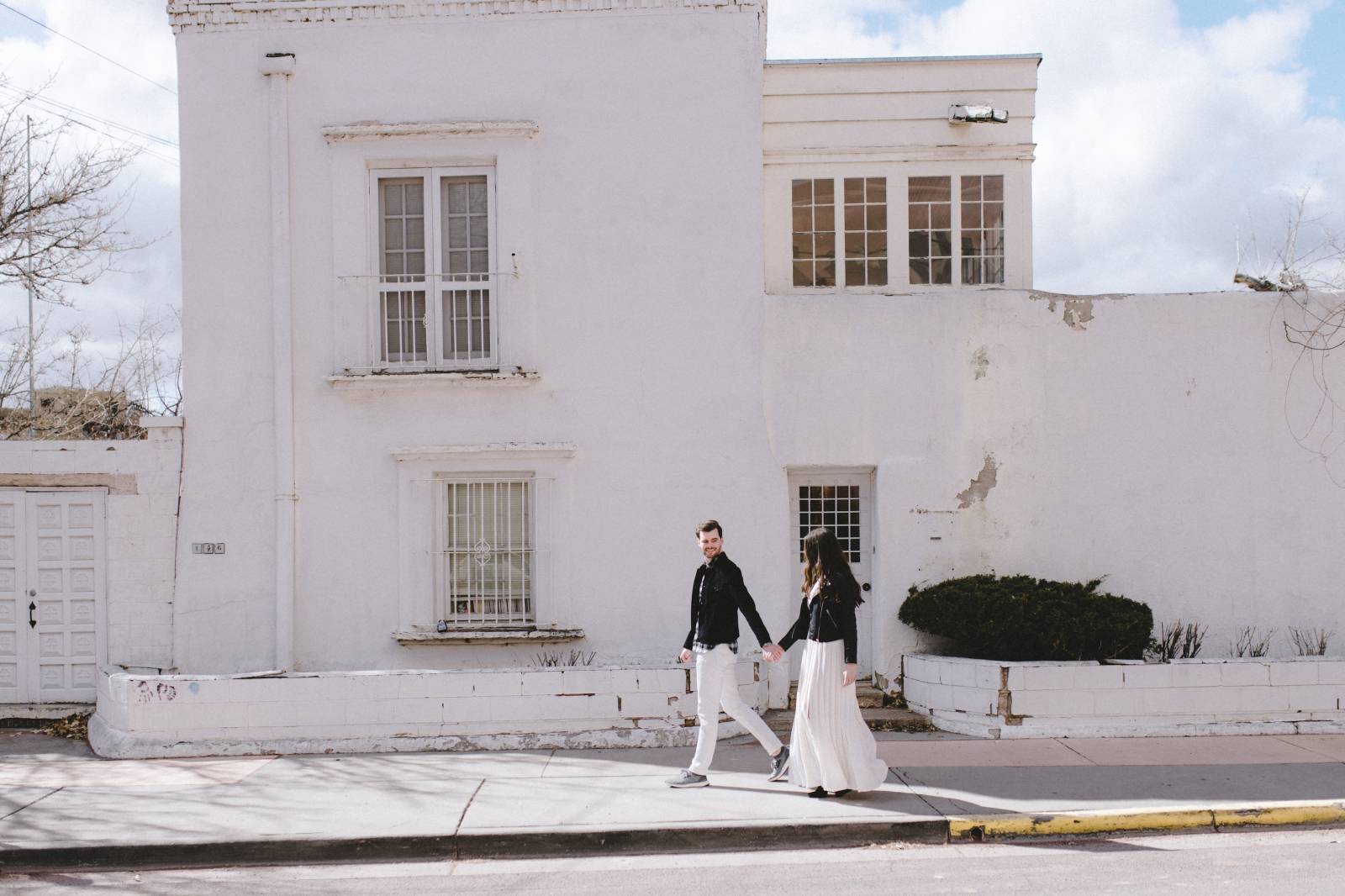 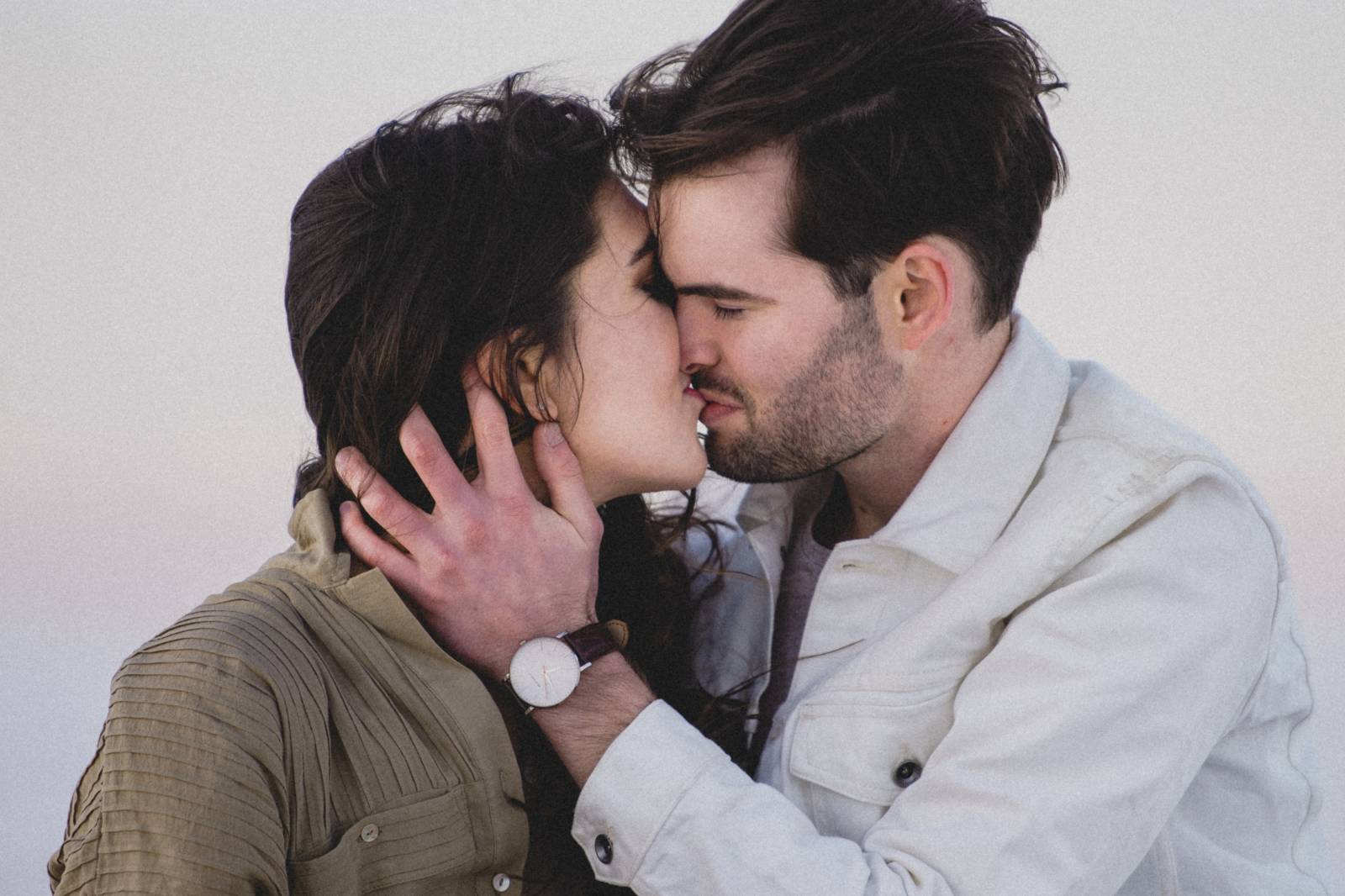 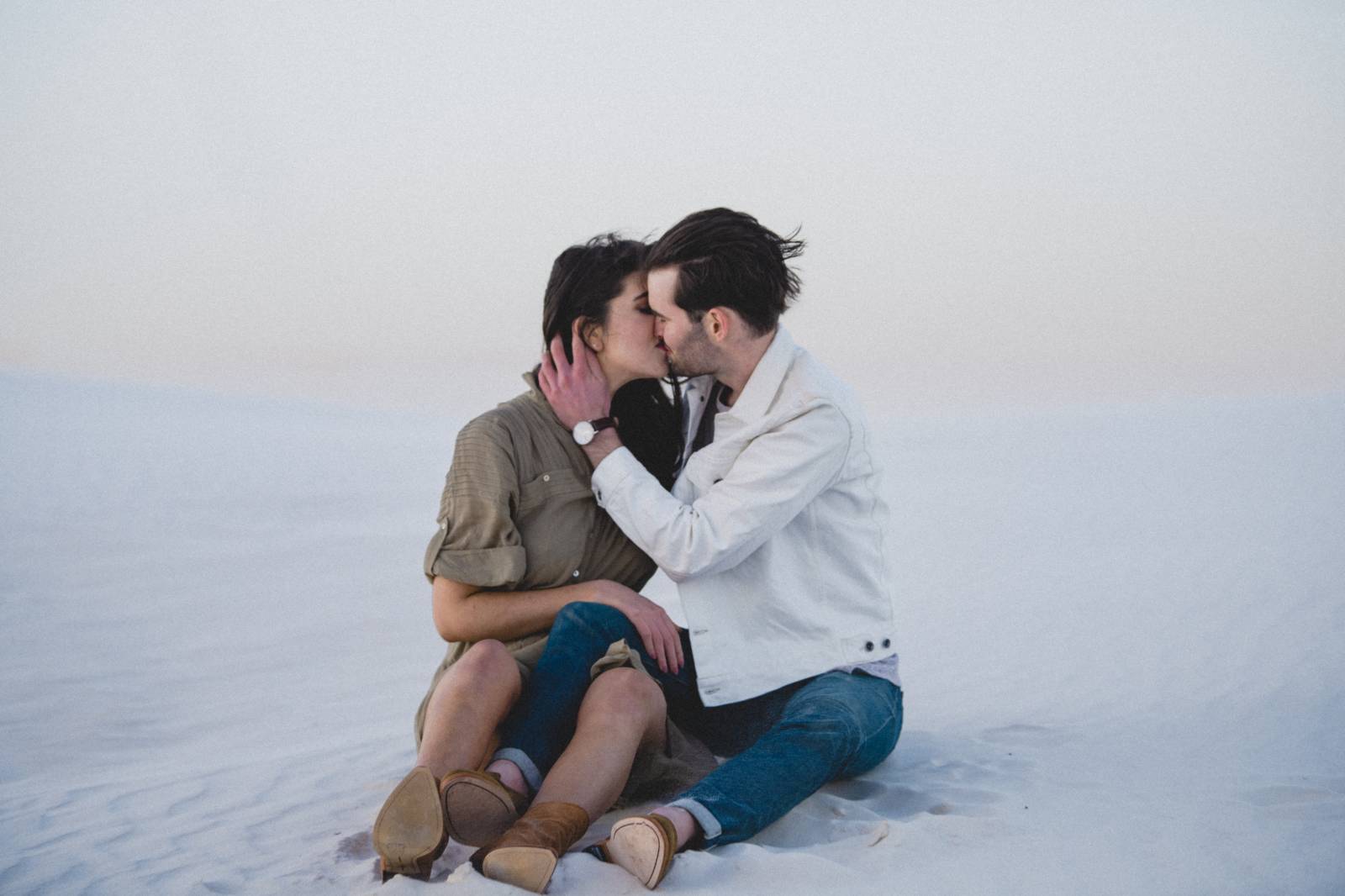 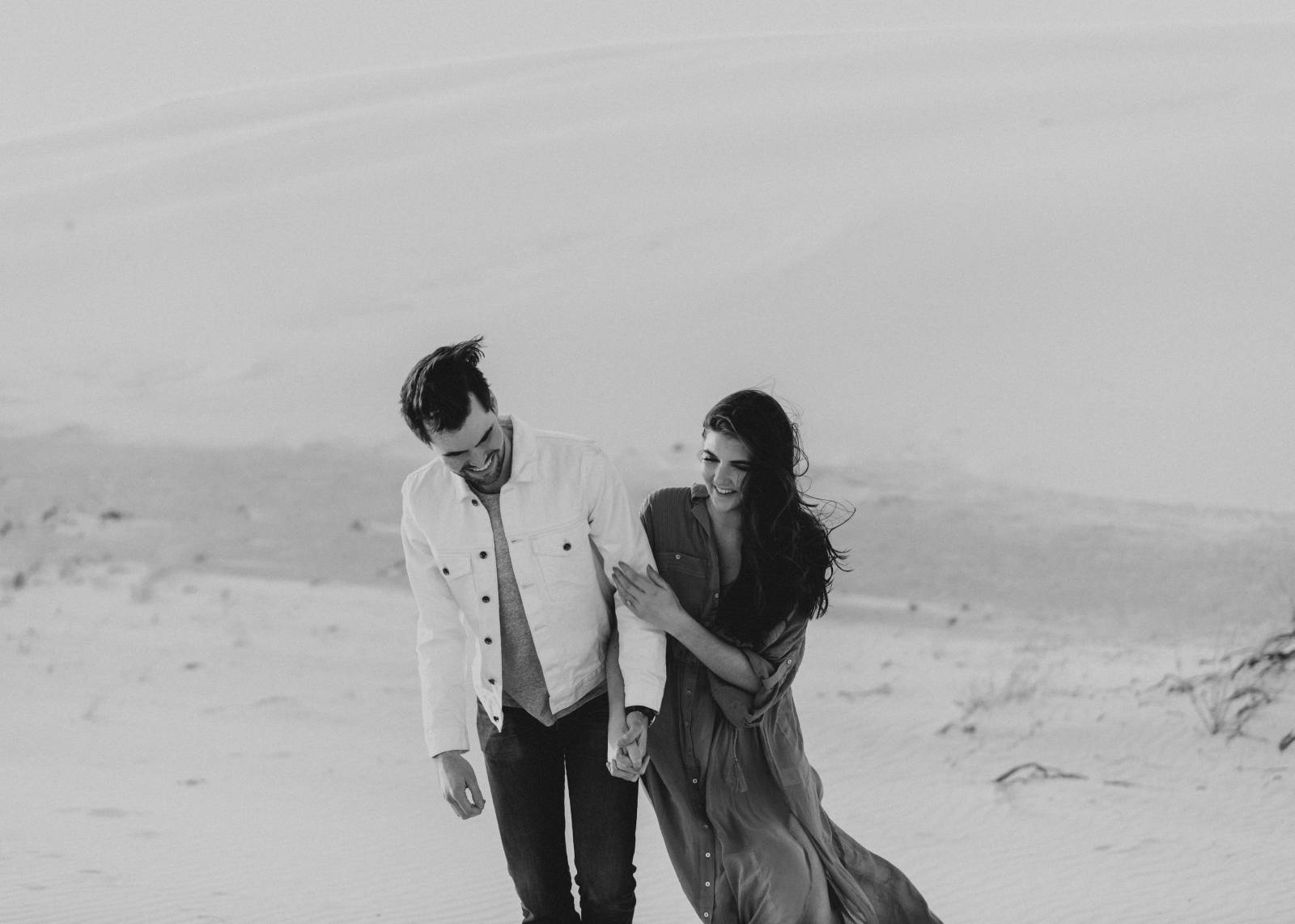 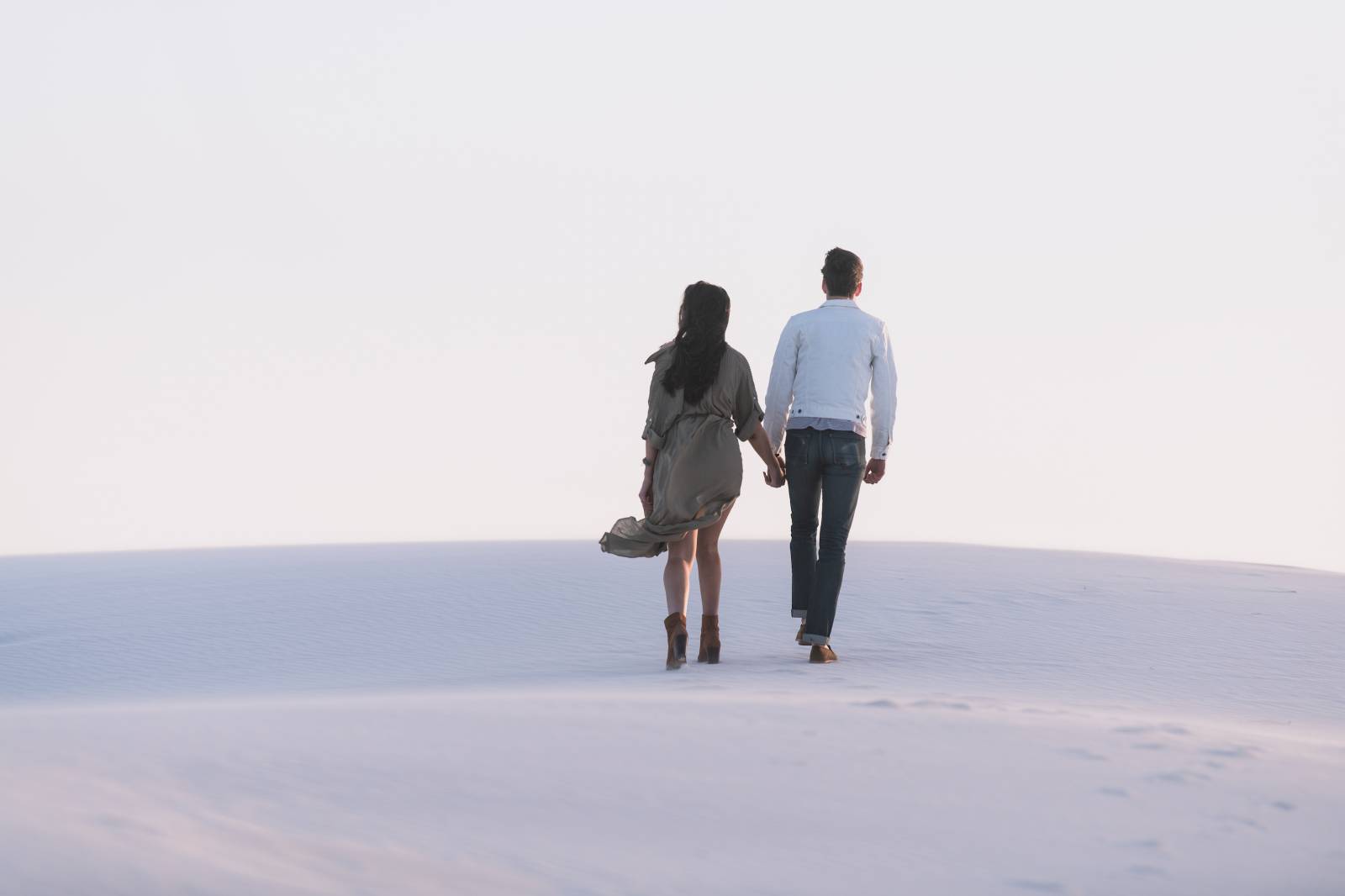