Amber and Denis’ Tunnel Mountain Elopement in Banff was beautiful and so special. There’s just something about elopements – it’s so calming, there are no distractions, everything is in the moment. They started their day getting ready with their two best friends at the Rimrock Resort Hotel. Once they were done we headed over to Tunnel Mountain where the views are just incredible. They recited their handwritten vows during their intimate ceremony then popped the bubbly – or more so the bubbly popped itself haha.

Engagement Story from the Couple

Denis and I met standing in line for the bathroom at a bar. Witty banter was exchanged and we just hit it off from the beginning. That night we kept running into each other, and by the end of it Denis had asked for my number. We both sort of thought it was just going to be a summer romance sort of thing, but there was just no denying our chemistry. It’s hard to find someone in Winnipeg you don’t know by some degree of separation. We were lucky I think —we didn’t know any of the same people, nor did we run in the same circles. It was fun and exciting getting to know someone completely new. Especially someone who had heard of all the same weird bands you were into. Needless to say, our relationship has grown so much from those humble beginnings.

We got engaged in Montreal at the botanical gardens at the beginning of September, 2017. Looking back, it was the perfect day. It was the last day of our week-long trip, the weather was perfect, and I had no clue it was coming. I knew Denis was going to pop the question at some point. He had enlisted my help in the ring selection. He was extremely overwhelmed by the process and I was more than happy to lend a helping hand. I just thought I would know when it was going to happen. That I’d be able to tell by his demeanour, or I’d notice a ring box bulging out of a pocket. But, turns out I’m capable of neither.

Denis had the ring shipped to his friend in Montreal, his friend passed it off to Denis the night prior while I was in the bathroom. The ring came in a rather large box so Denis had to try and hide it all afternoon in the back of his pants. I was having a lovely time touring the gardens, enjoying all the sights and sounds. Meanwhile, Denis was anxious and on the hunt for the perfect spot to pop the question. Oh, and for me to get rid of a tiny cup of water I had been nursing for half an hour. We were wandering through a secluded wooded area of the gardens when Denis felt the moment was right.

I remember him saying “I just have one question” while he reached behind his back. I honestly thought he was joking and was going to ask me something silly like what did I want for dinner. But this was the real deal. He got down on one knee, and through the rush of emotion I could hear in his voice, asked me to marry him. I was so happy and surprised. Seeing him get emotional about it was so touching. It really meant a lot to both of us to take this step. The whole experience was exhilarating. We were both filled with such a high afterward. The gardens seemed to pale in comparison to what we were experiencing. 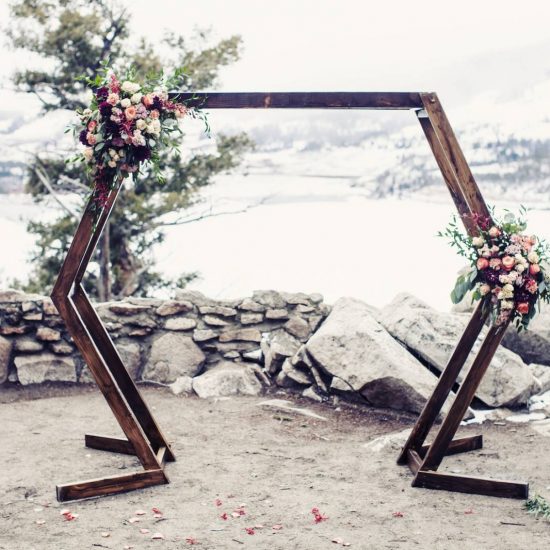