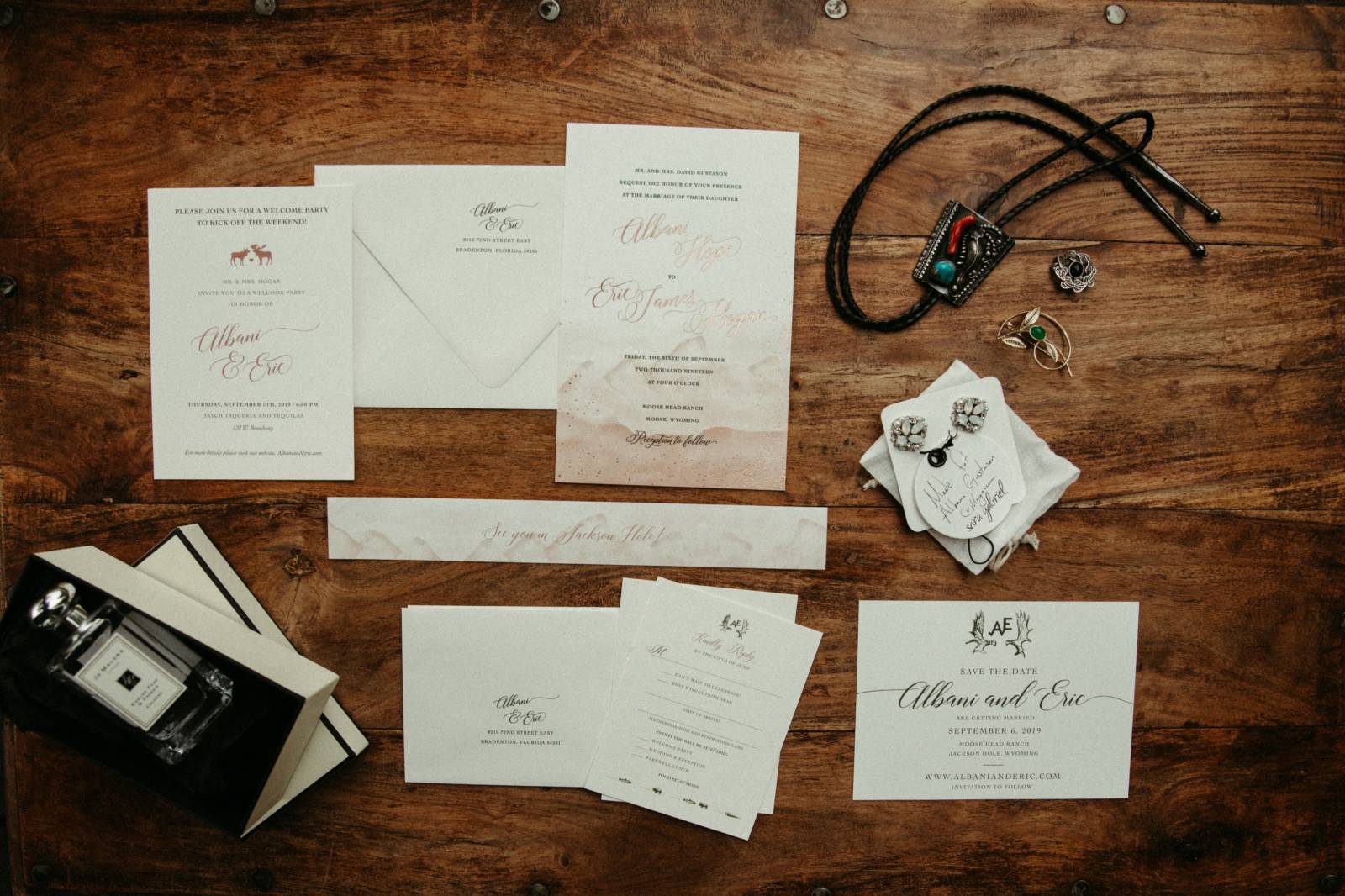 Wyoming has always been a special place to the bride, as she grew up traveling there every summer with her family. The ranch theme for the wedding fit perfectly as the bride's mother grew up on a ranch in Wyoming and her Grandfather was inducted into the Wyoming Cowboy Hall of Fame. It is truly a magical place, and it embodies everything they enjoy to do as a couple.

As the wedding neared, Albani and Eric could not wait for their friends and family from Florida to experience the Wild West! Just over a week before the wedding, a Category 4 hurricane named Dorian, started to head towards the east side of the state of Florida. The forecast had this storm covering the whole state, just in time when most of their guests would be flying out to Wyoming!  The bride, groom, parents, bridal party, and some guests had to change their airline tickets as the storm had made a sudden stop in the Atlantic Ocean and no one could predict its path.  Luckily, the storm moved offshore just enough for almost all of their guests to arrive for the wedding!

Once the Bride and Groom were in Jackson, there was a wildfire days before the big day. The hillside right in town was engulfed in flames.  They reported it was the closest and largest fire that had ever reached the town of Jackson in recent years. Despite the unexpected weather-related events, the week leading up to the wedding was perfect and Albani and Eric were ready to become husband and wife.

The wedding day arrived and the skies were gray. Mother Nature wasn't finished yet. The bride knew she wanted to be married with the Teton Mountains as a backdrop, so she was determined to keep calm and make it happen. The rain came and changed their plans of a first look and photos before the wedding. The ceremony was about to start and guests were coming into the reception tent to avoid the rain. The ceremony was scheduled to begin at 4:00 pm, but the rain had a plan of its own. It continued. Albani informed everyone the wedding was to continue as planned. It was about to be a wet ceremony for everyone until 4:05, when the rain cleared and the skies opened up in a magical way. Everyone present was in awe of the sudden weather change. "It was definitely a divine power that was watching over us.", Albani recalled. As soon as the bride walked down the aisle, everyone was able to see the mountains peeking through the clouds for the first time that day. The couple walked down the aisle to "Here Comes the Sun" by the Beatles which was extremely timely for the moment. "I remember while planning the wedding, I told everyone that I hope it's a sunny day!" Albani said. The weather, in particular, made for the moodiest, romantic photos the bride could have ever dream for. It was the most magical series of events that led to the best day ever. 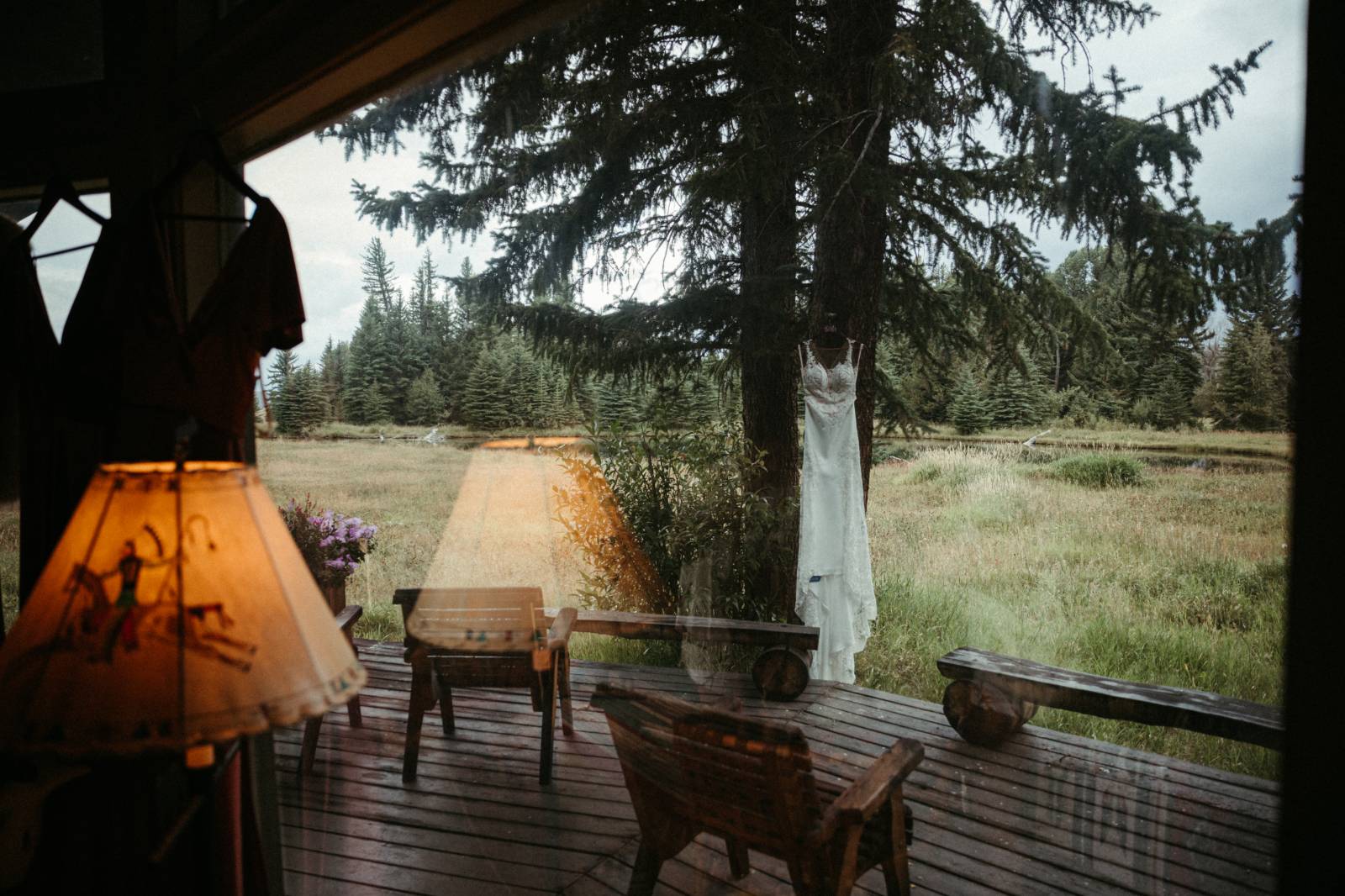 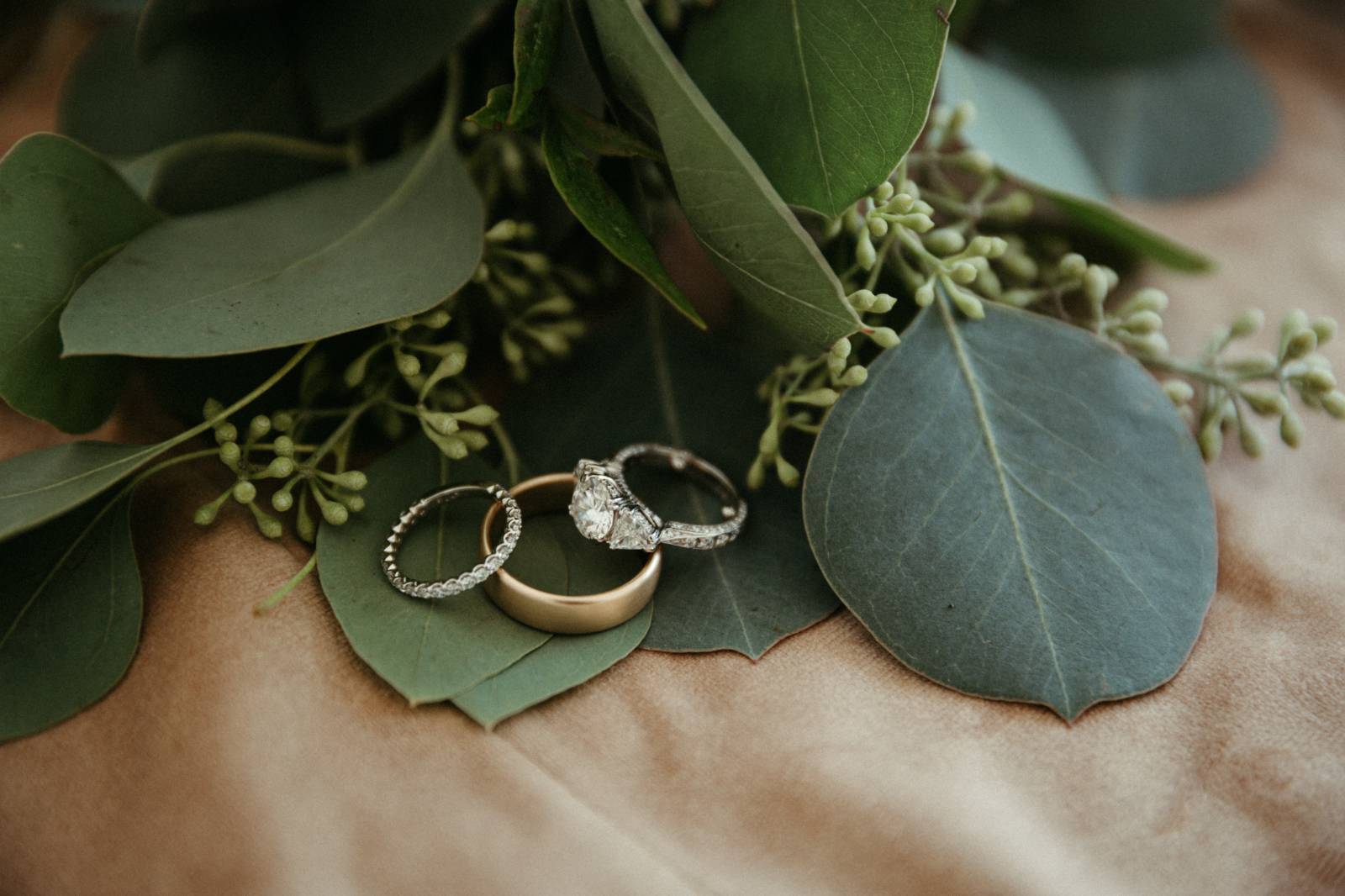 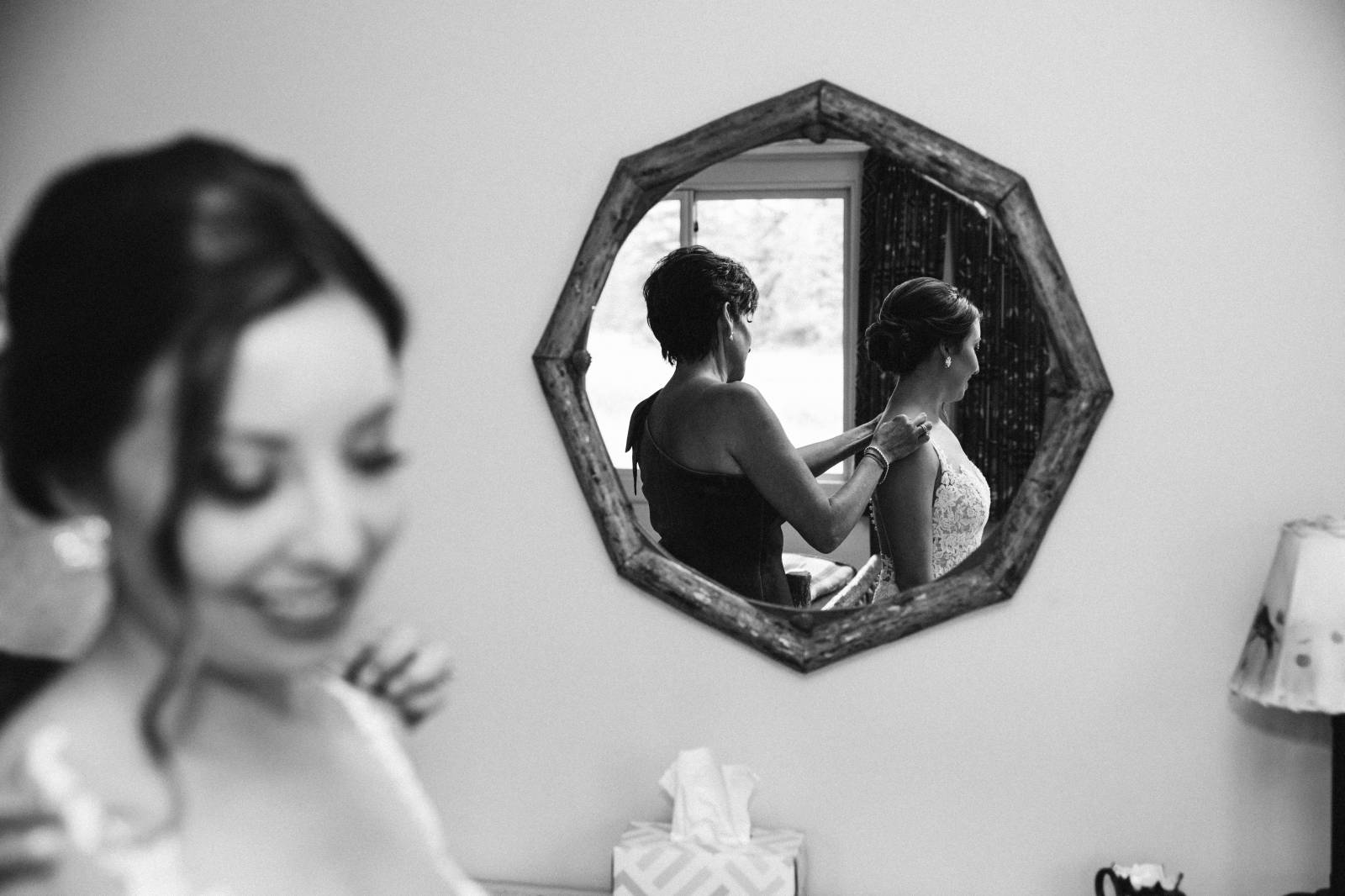 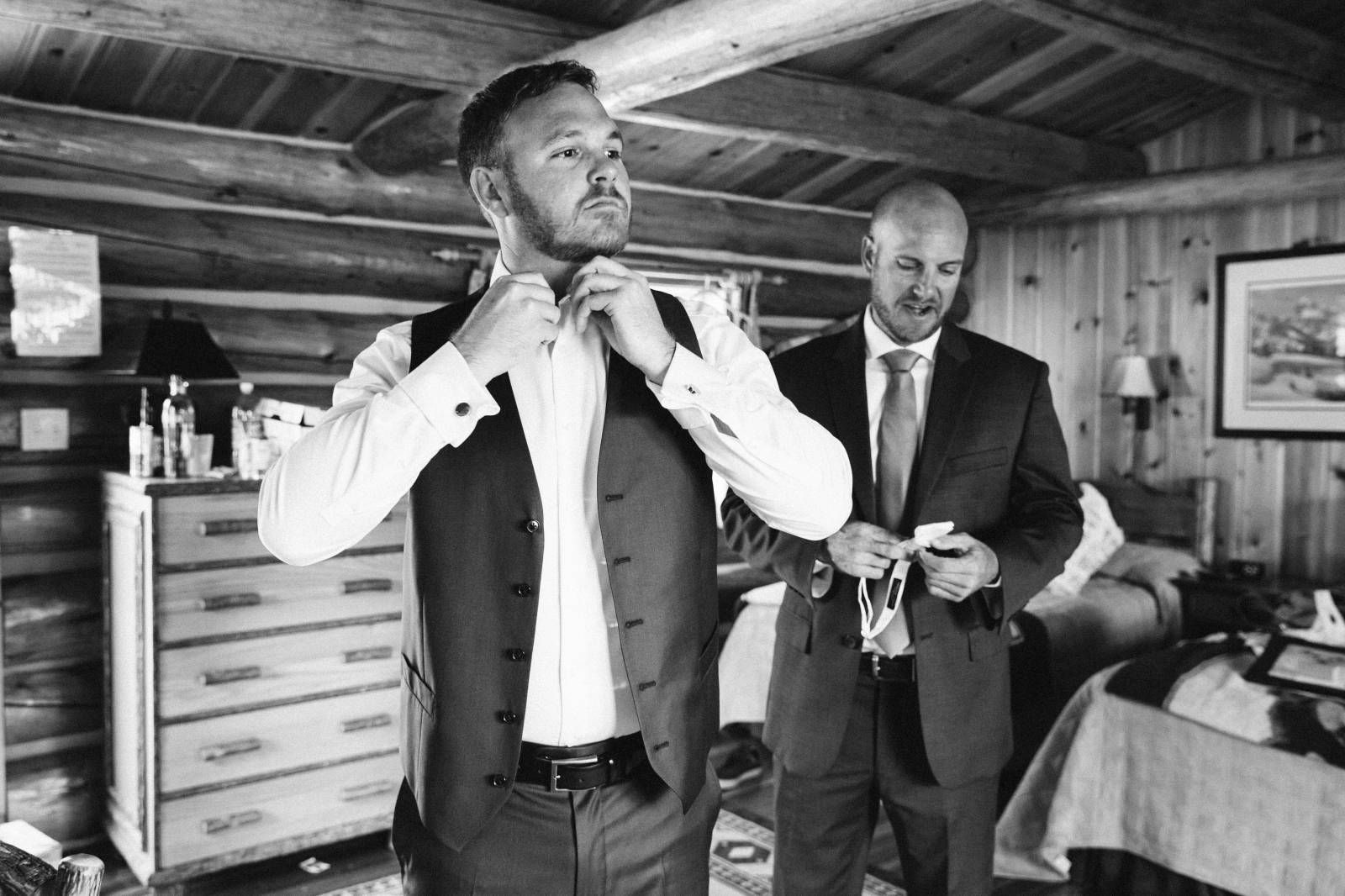 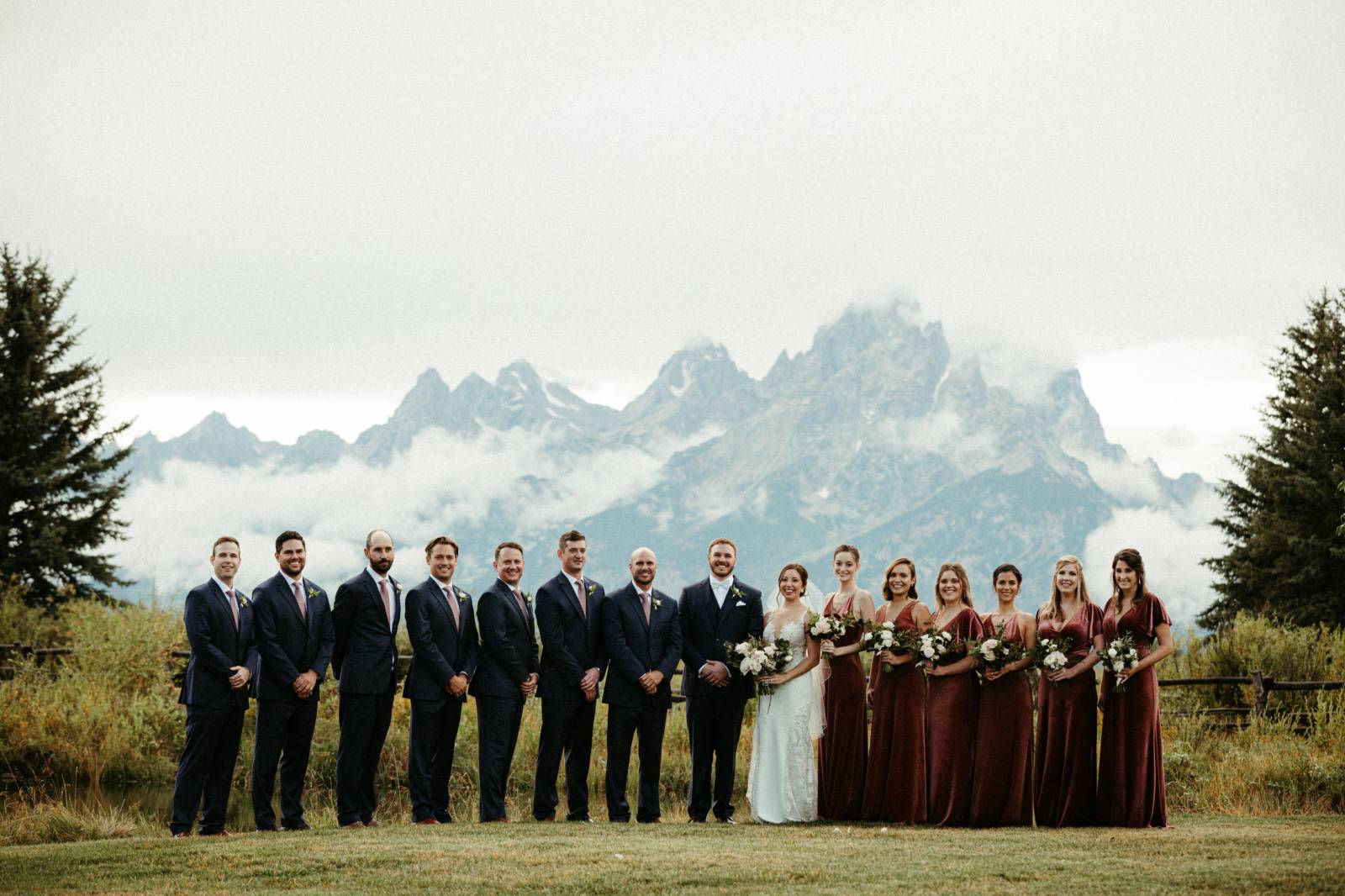 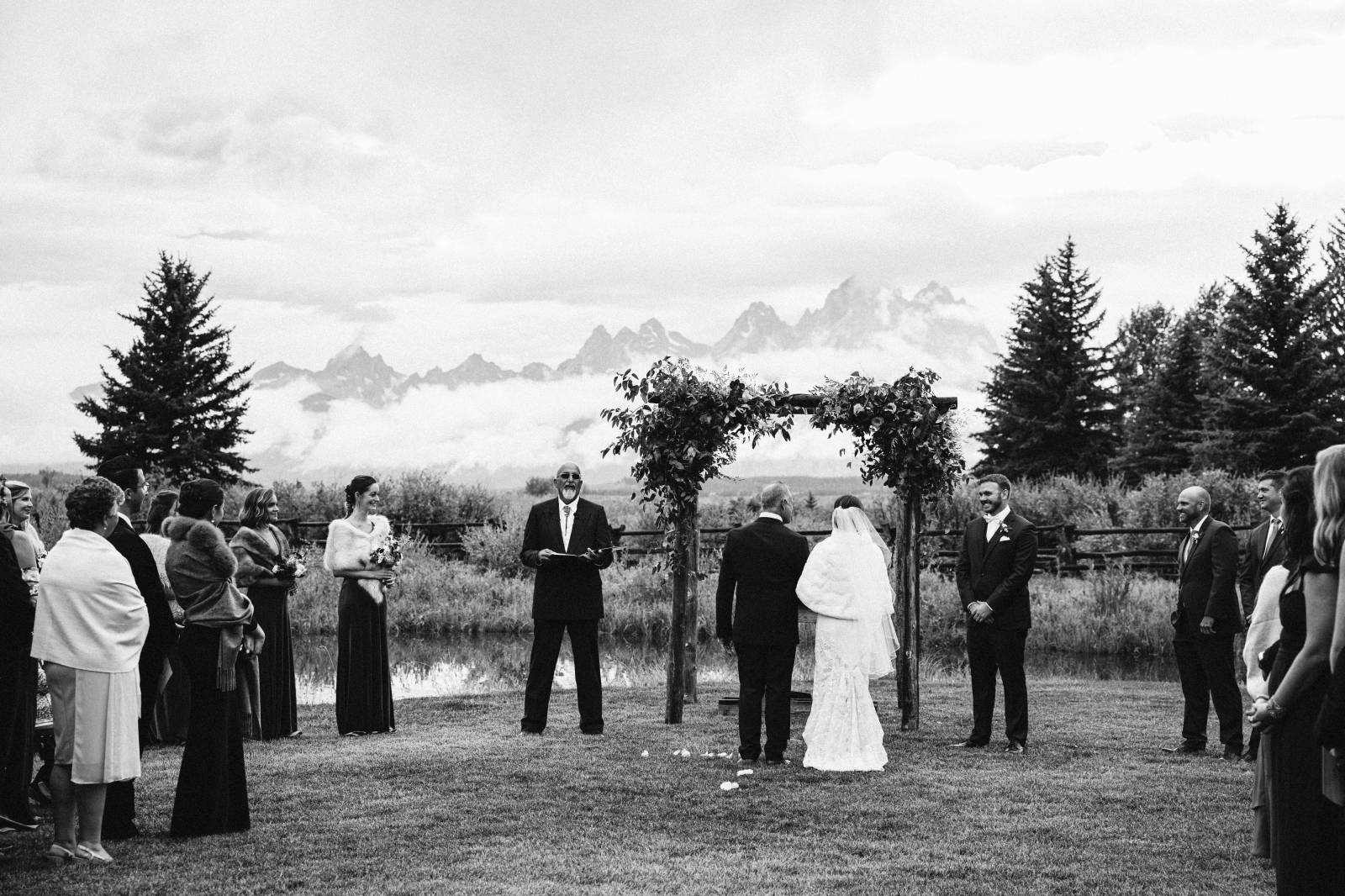 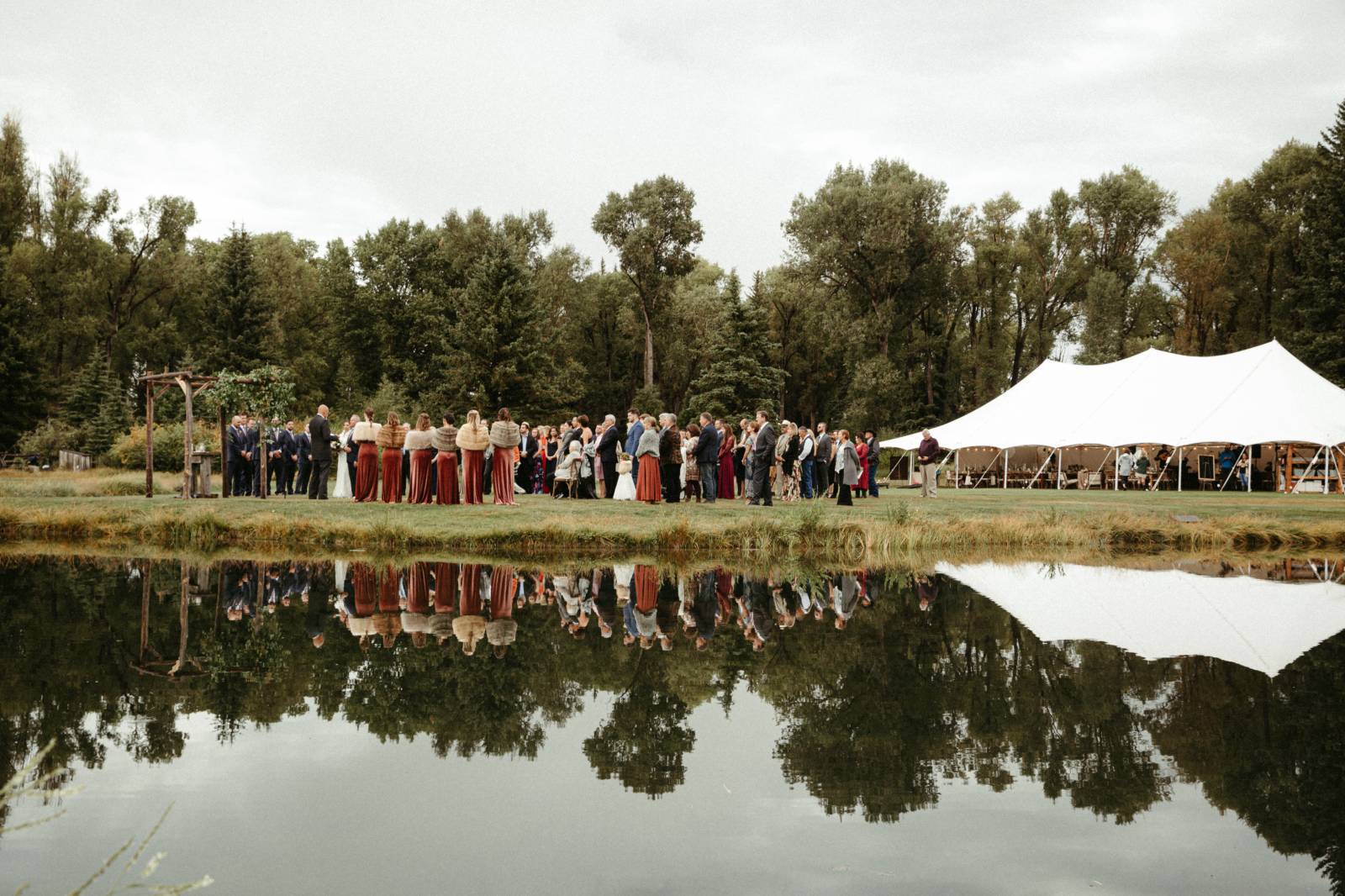 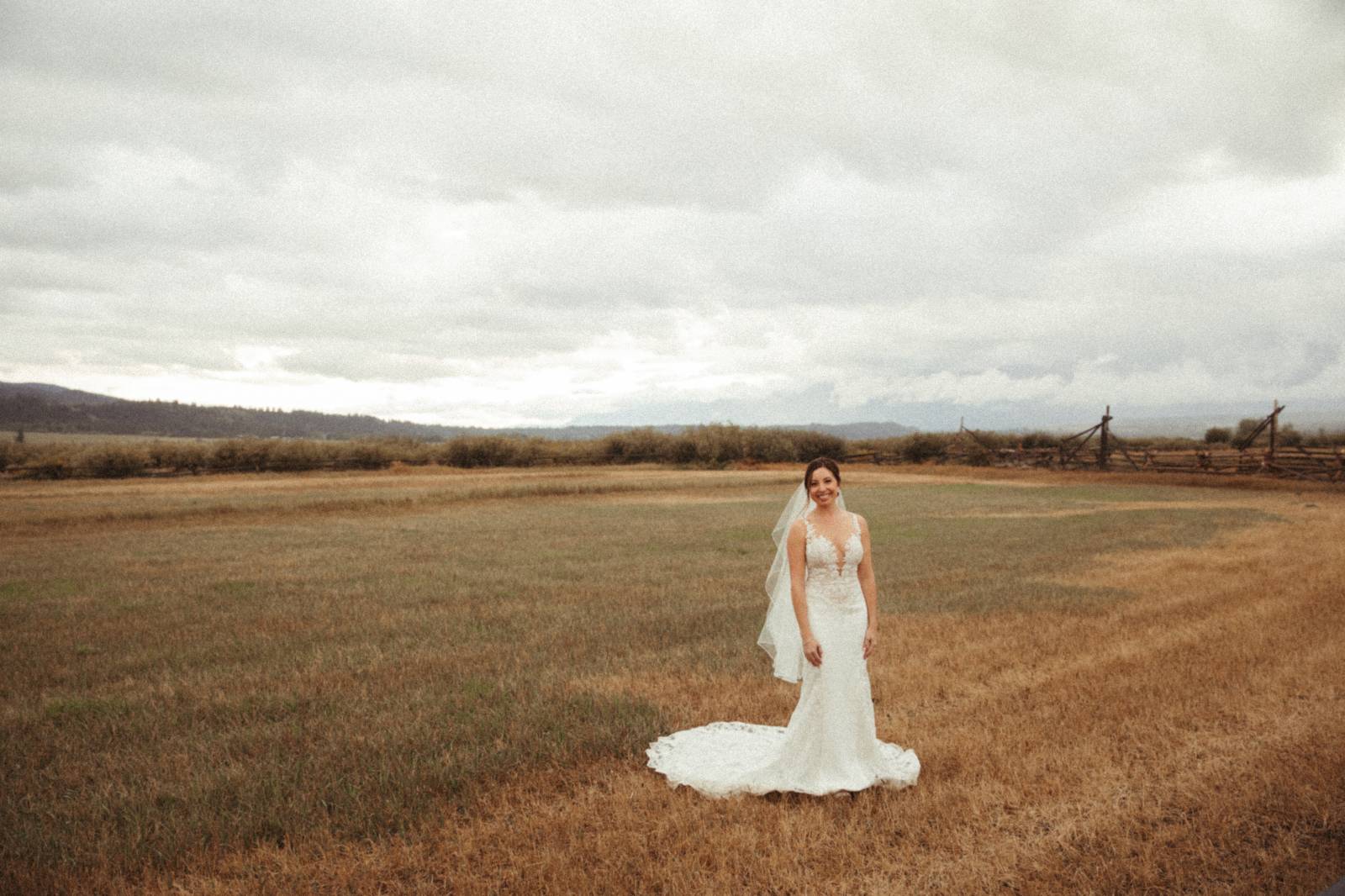 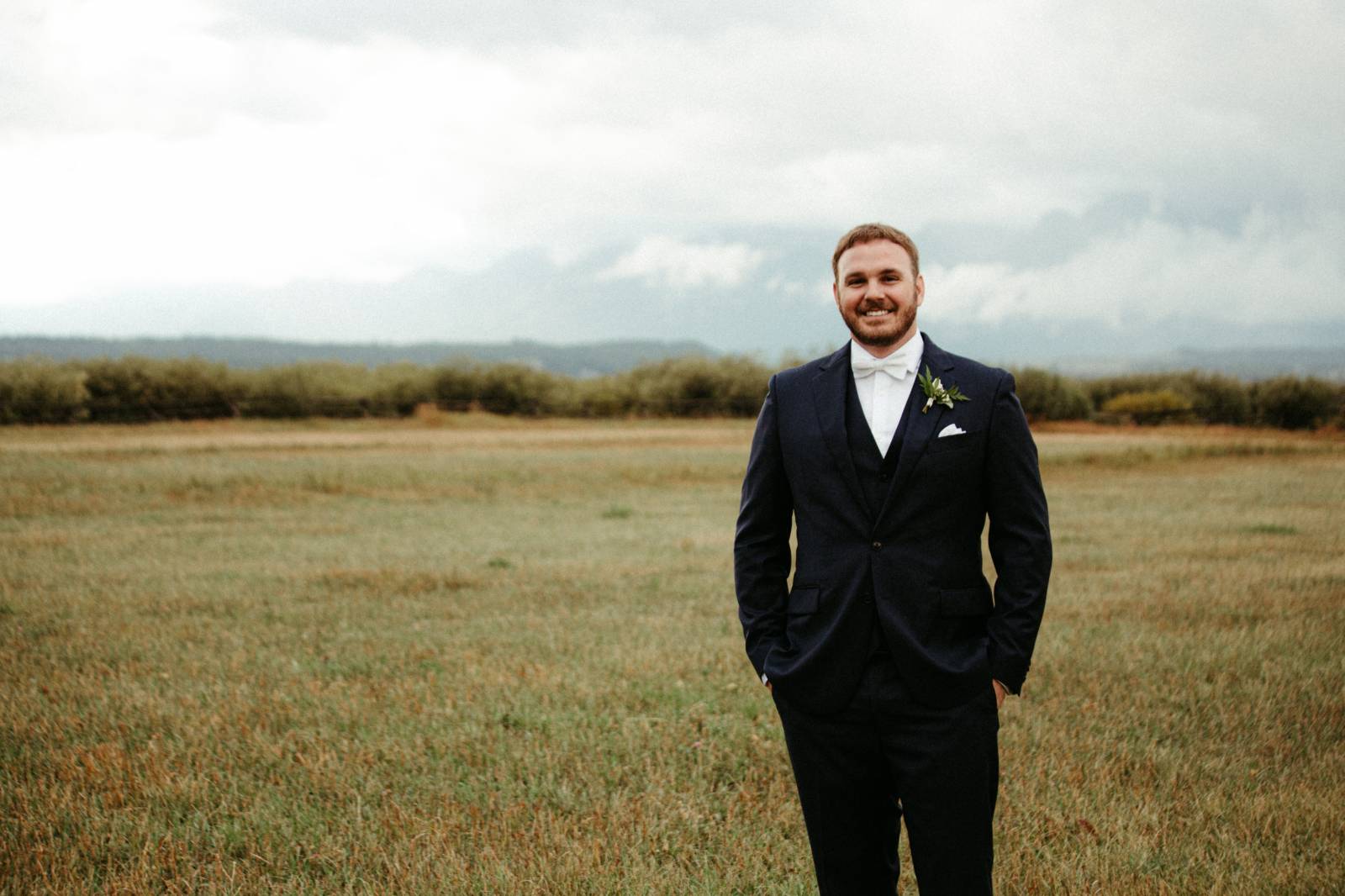 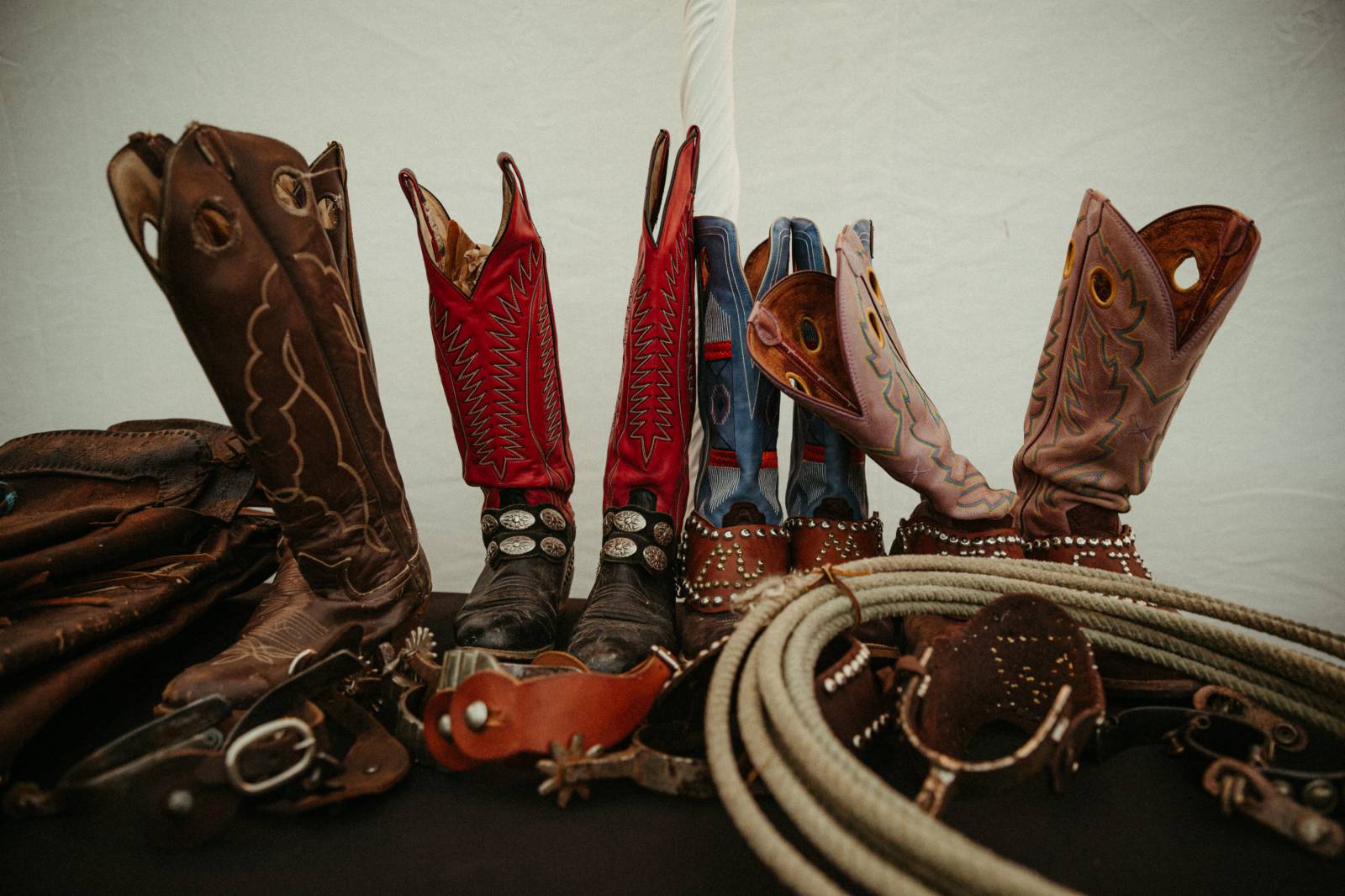 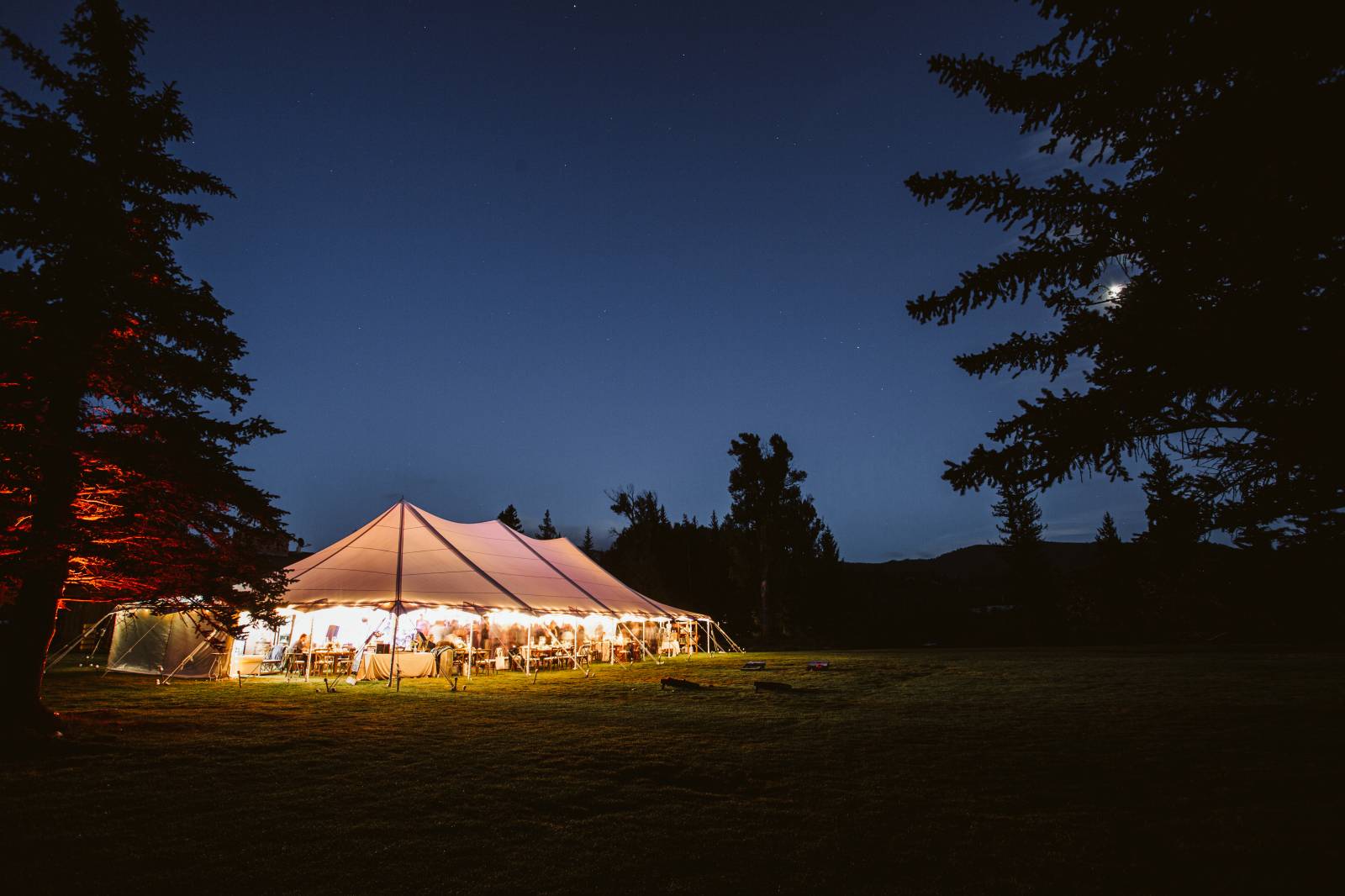