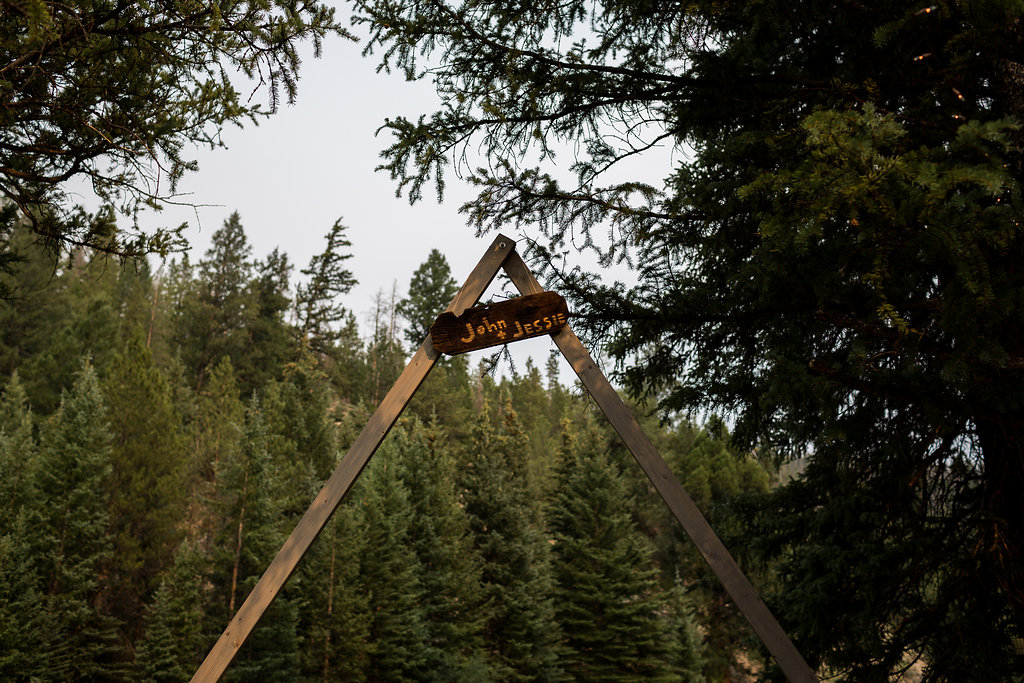 We met in Breckenridge on July 2, 2011. Little did we know, we had been neighbors for years. We had our first date on July 4th watching fireworks on the rooftop of The Village in Breckenridge. The rest is history, or should I say, just the beginning?

John proposed on August 17, 2017, on one of our favorite hikes in Breckenridge. Black Powder Pass. It was windy and cold and at times we considered turning around. As we got to the top, the clouds parted and the sun came out. What timing for the moment I've [Jess] been waiting for my entire life. Naturally, I was taking photos of the wildflowers and the stunning vistas, sipping champagne between shots. It was then that John got down on one knee and asked me to marry him.

We found love in a mountain town. And on our wedding day, we were reminded of the love and support we have from our family and friends; the beauty of the place we fell in love in. As we sat in separate vans at the top of Boreas Pass waiting for the rain to lighten up for our first look, I [Jess] was reminded of this very spot where John decided to ask me to marry him. Some may be disappointed by the rain on your wedding day, but for us, it was perfect. This day was more than I could have ever asked for. Deep in the woods along the river in Breckenridge, John and I exchanged vows as the sun came out and peeked through the trees.

There's nothing like a wedding in the Colorado Rockies. You can't beat the evening alpenglow, the surrounding pine trees, and being able to summit breathtaking mountains with your bride, groom and those dearest to them.

On July 21st, 2018 Jessie and John tied the knot riverside in the pines. The day started at the Rivertree Lodge where both the bride and groom were surrounded by the bridal party and family. The celebrations began when the Jessie and her bridesmaids popped a bottle of champagne in their robes while John and his groomsmen sipped whiskey in their suits. Jessie went up to the bridal suite to put on her wedding dress (and cowgirl boots!) while her mom and bridesmaids held back tears of joy. Her two dogs were right beside her this whole time as well giving her loving kisses. When everyone was ready, we head up Boreas Pass Off-Road to the gorgeous open field above the tree-line. First look dreams come true. John became glassy-eyed when he turned around to see his stunning future wife. The two of them became one at the summit as the photos will show.

Once we returned to the lodge, there was a golden glow upon first look with Jessie's father. It was a very special moment. And then came the ceremony. Jessie walked towards her groom encircled by everyone they love soon to be husband and wife. Holding hands the entire time, they finally became one forever. Everyone celebrated, the band was playing and Jessie & John were married! The sun began to set as I took the two aside to the candlelit vintage sofa in the forest for a moment. The evening was full of laughter, local whiskey and brews, dancing, and most of all, love. 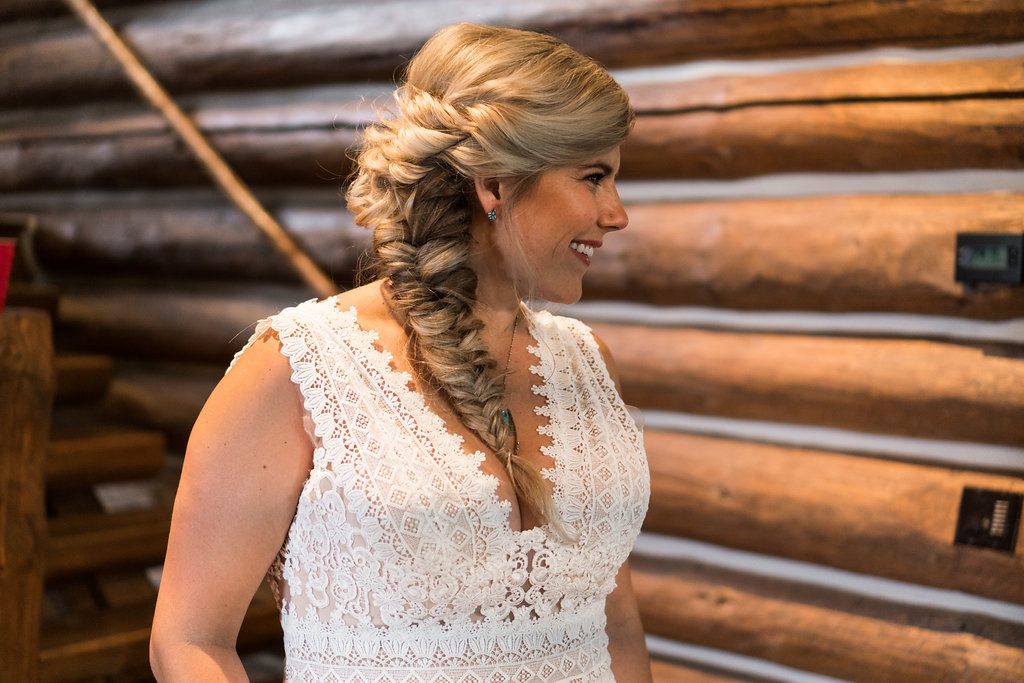 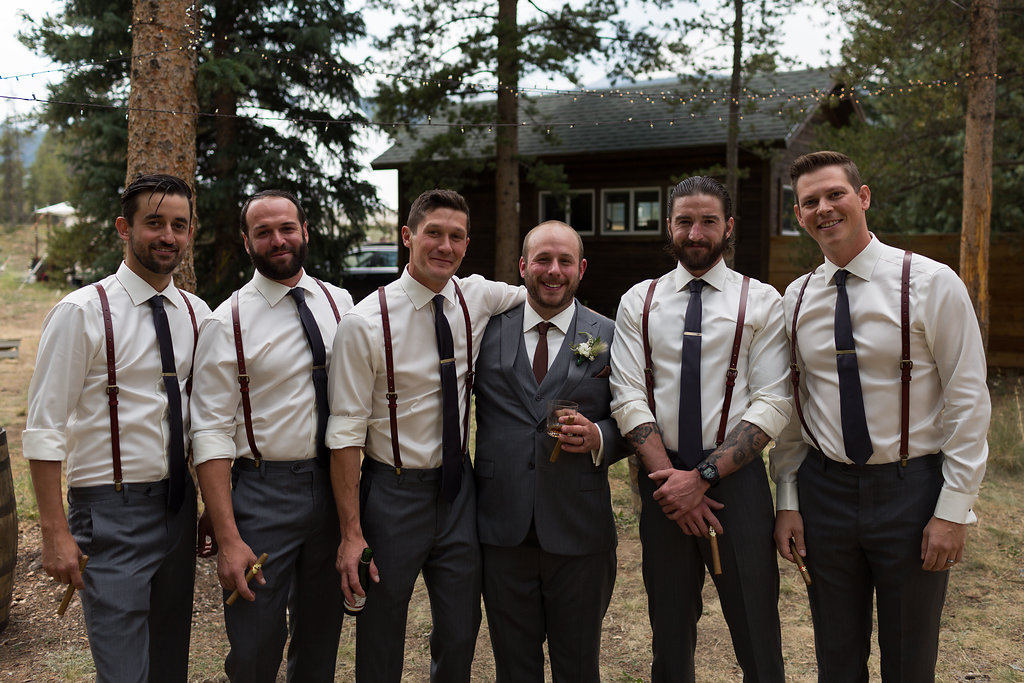 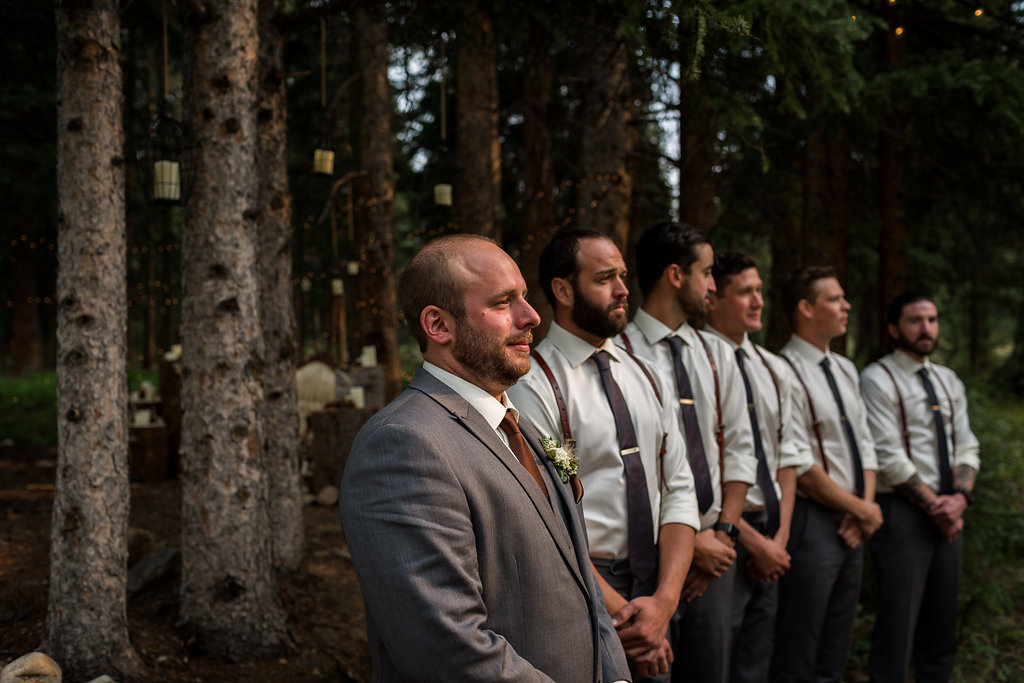 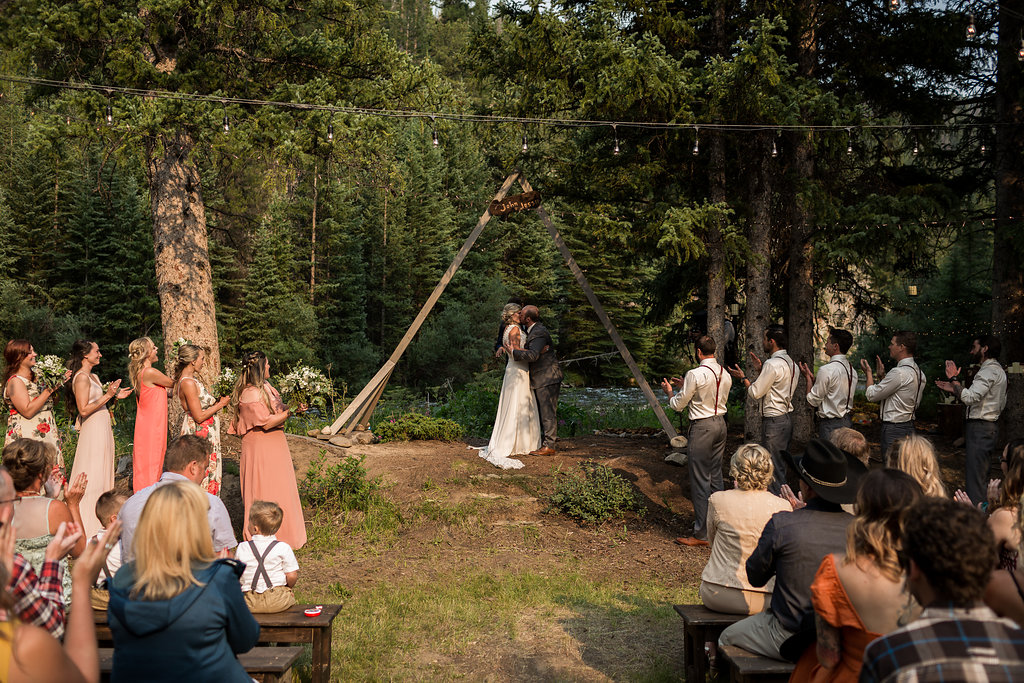 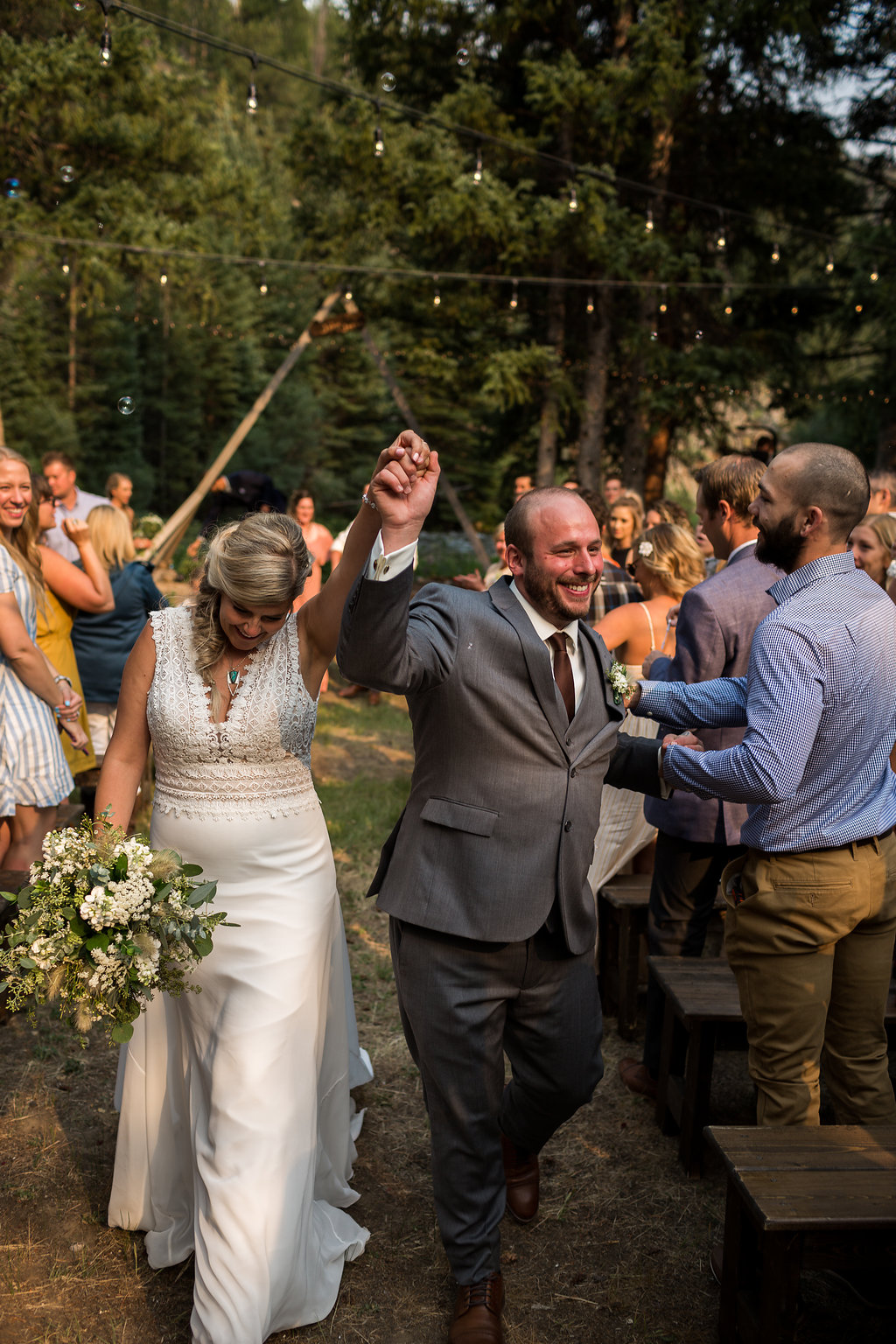 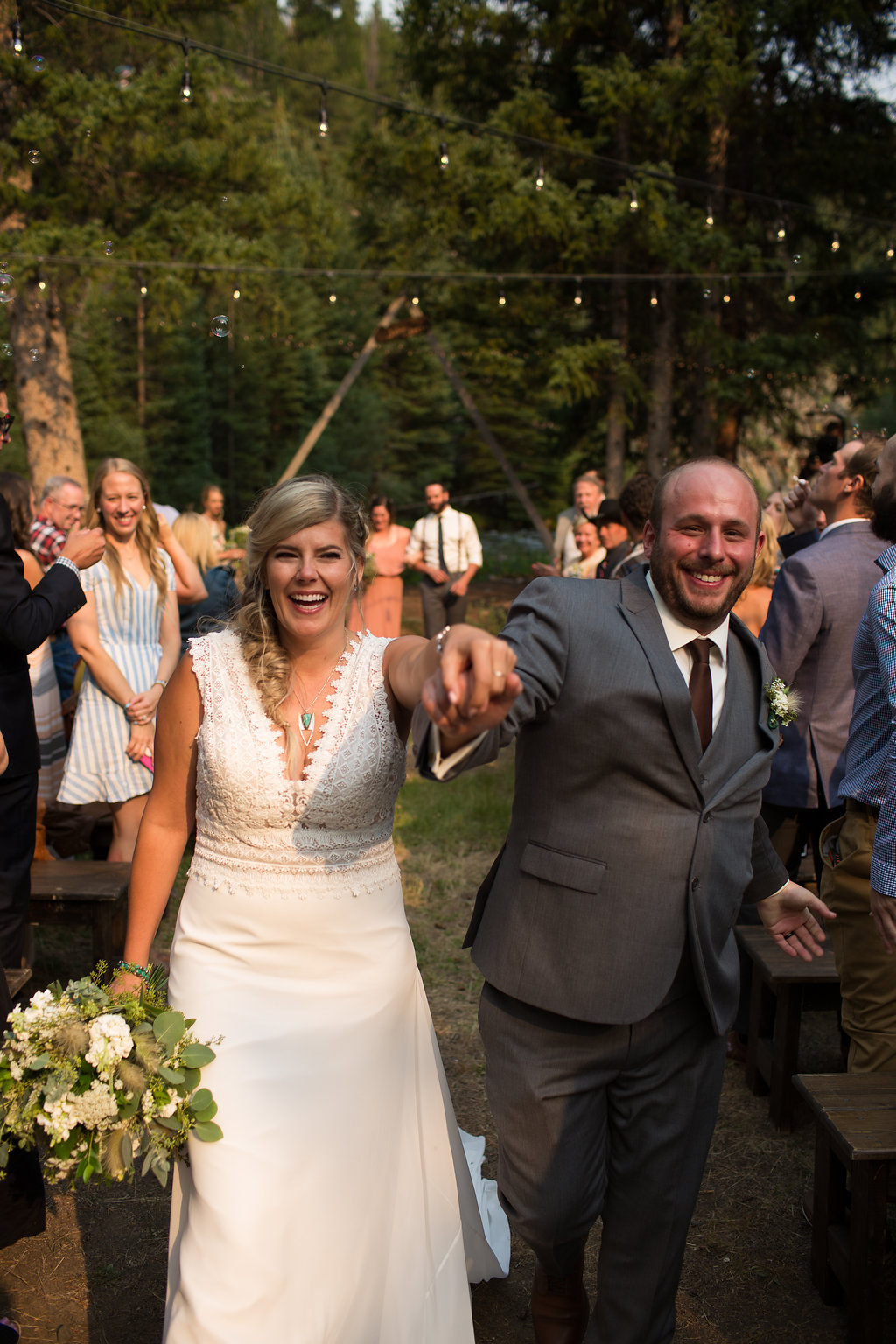 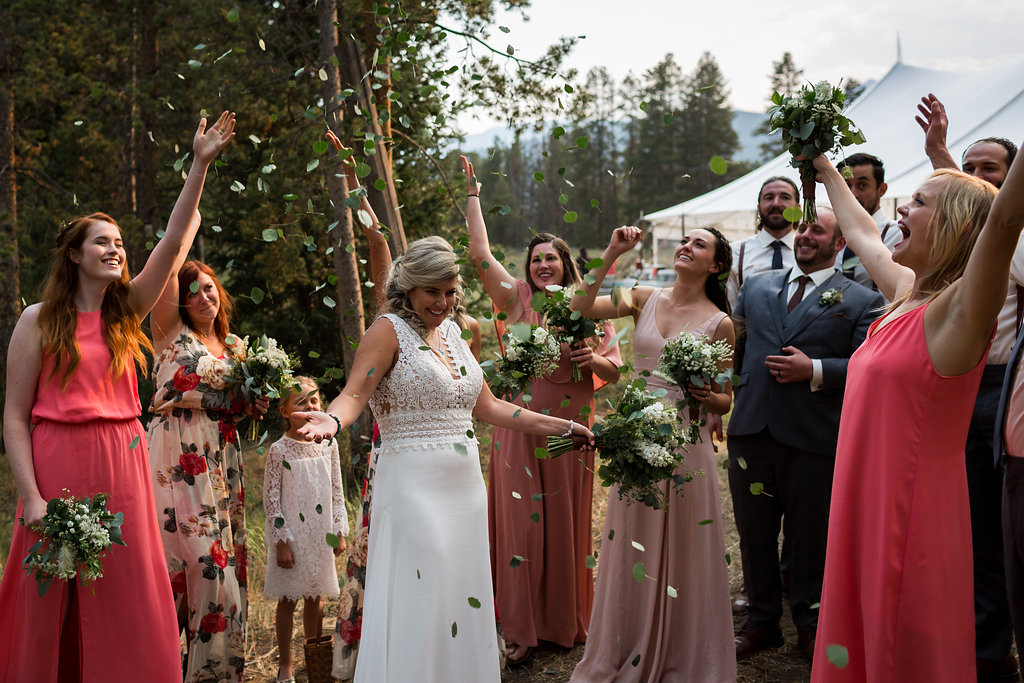 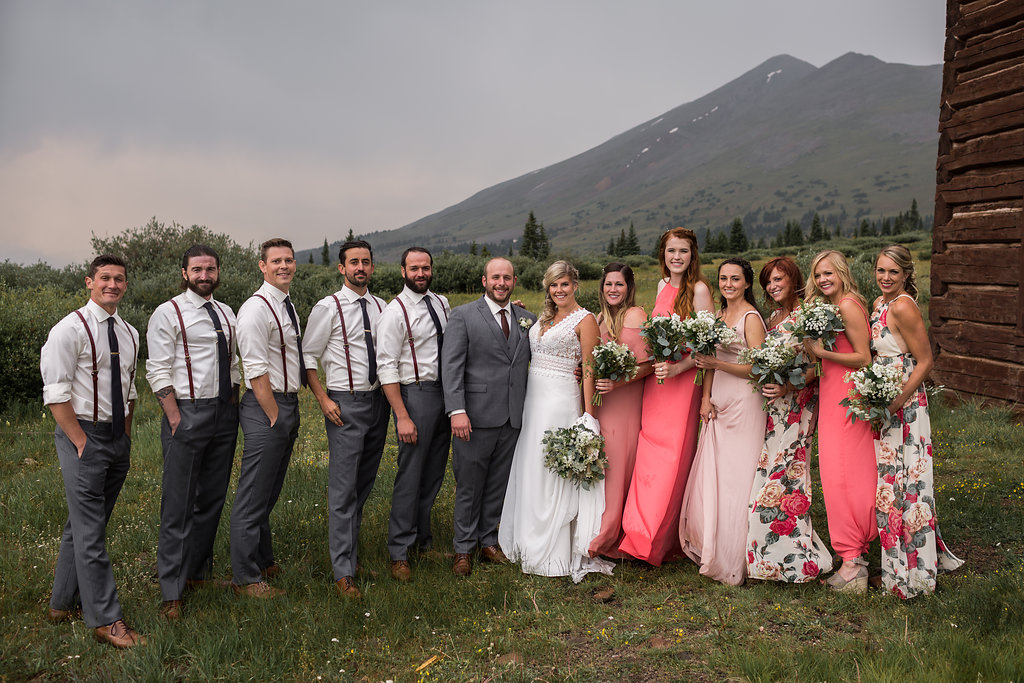 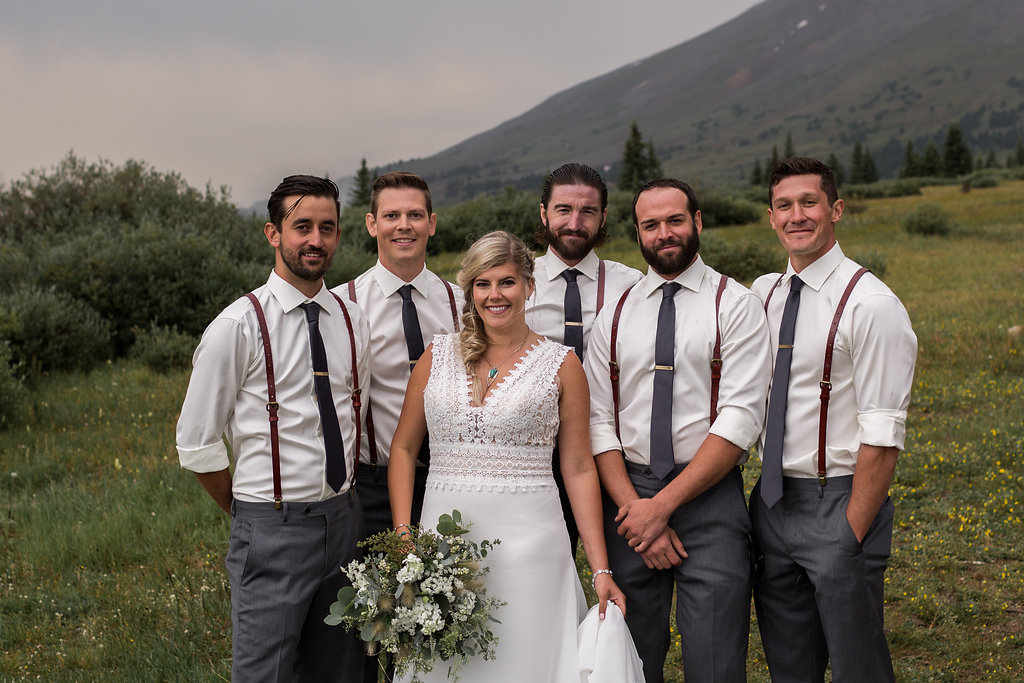 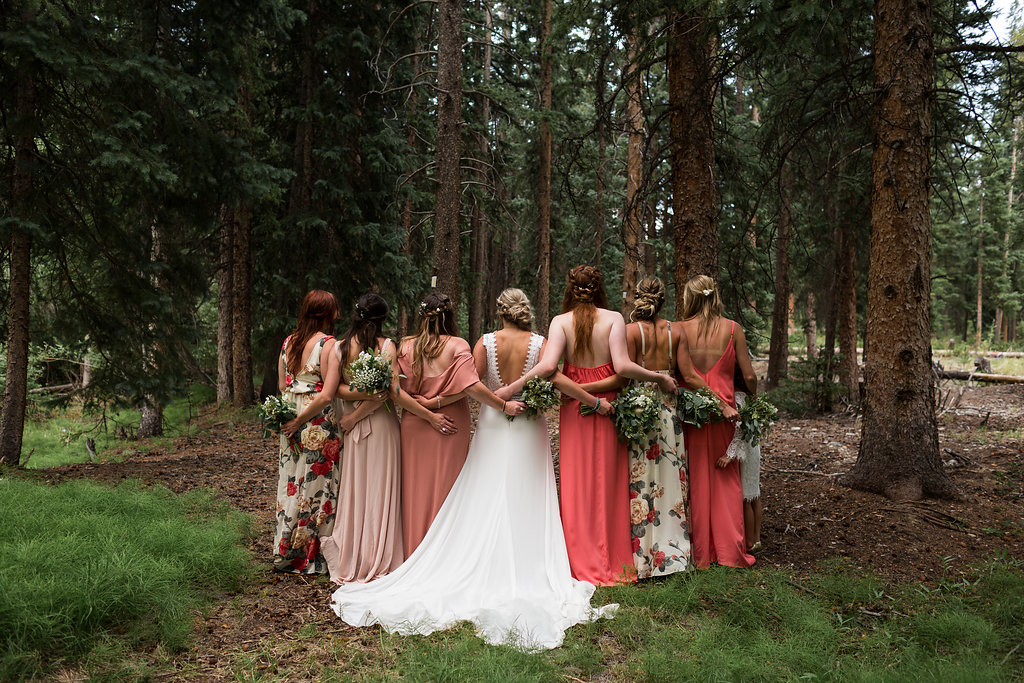 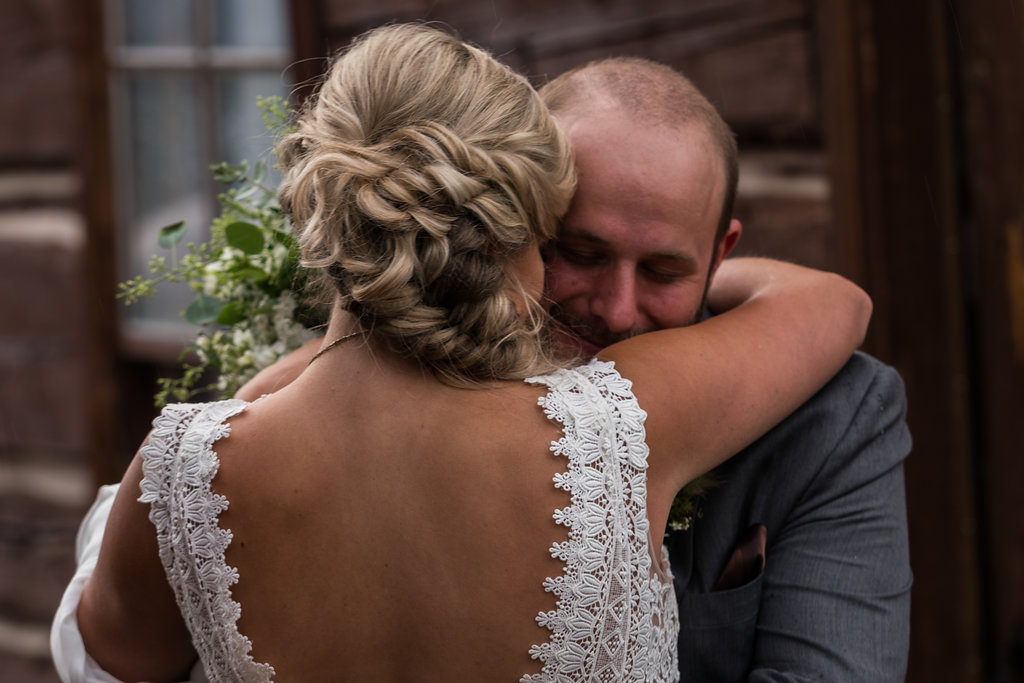 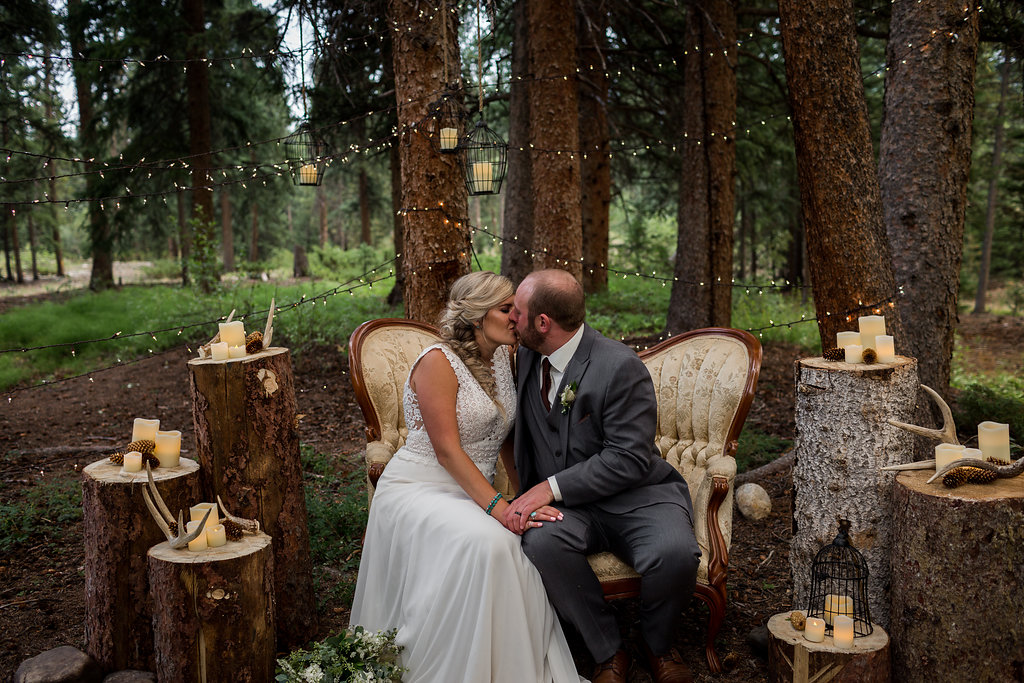 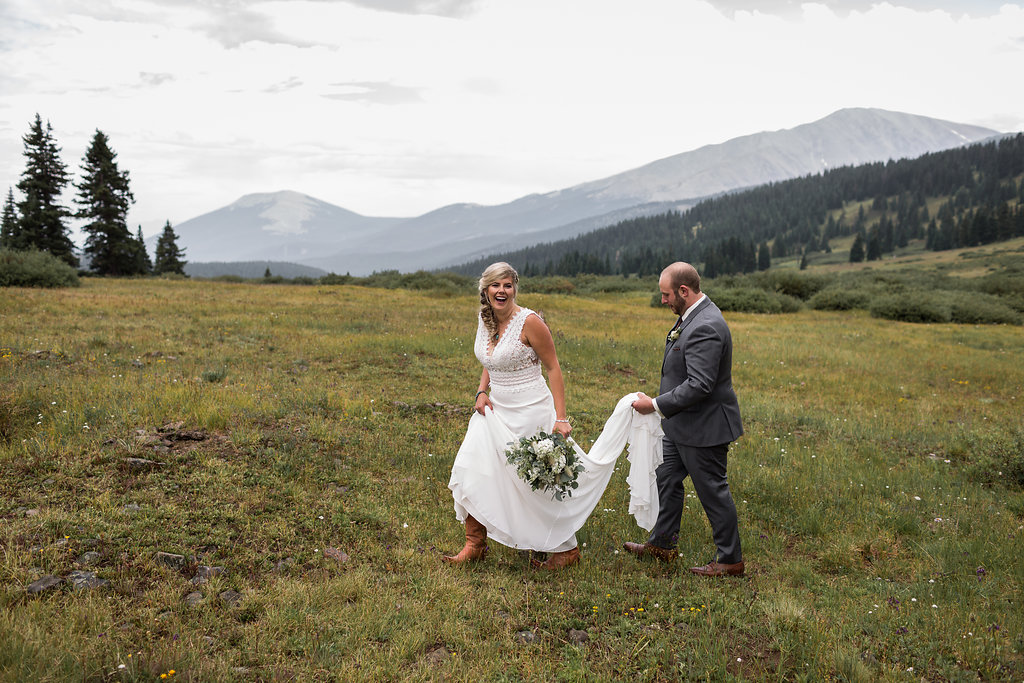 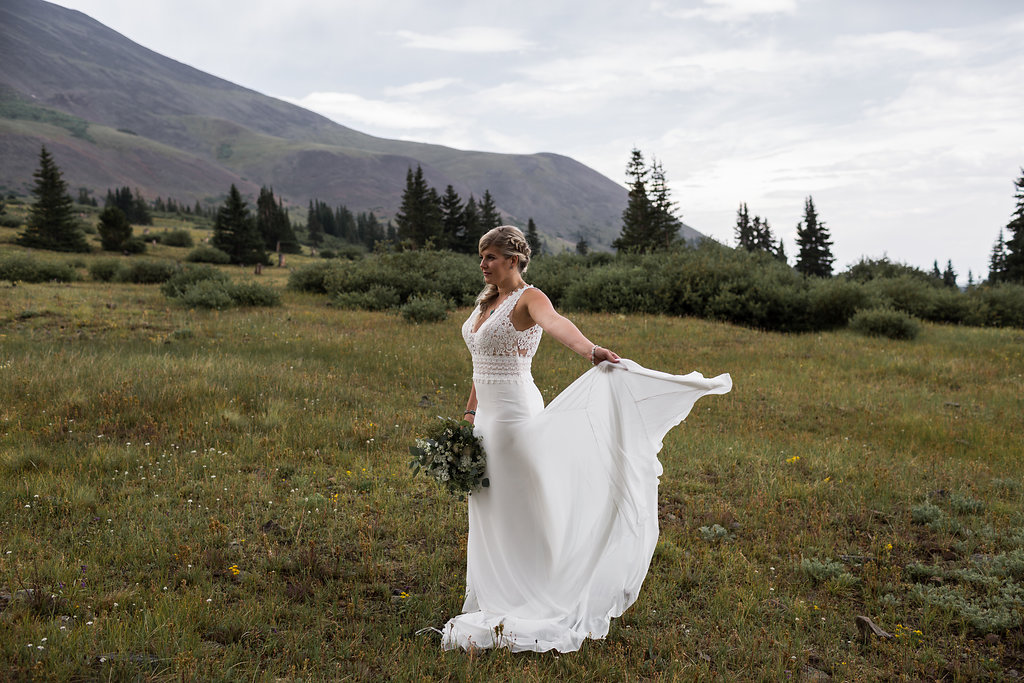 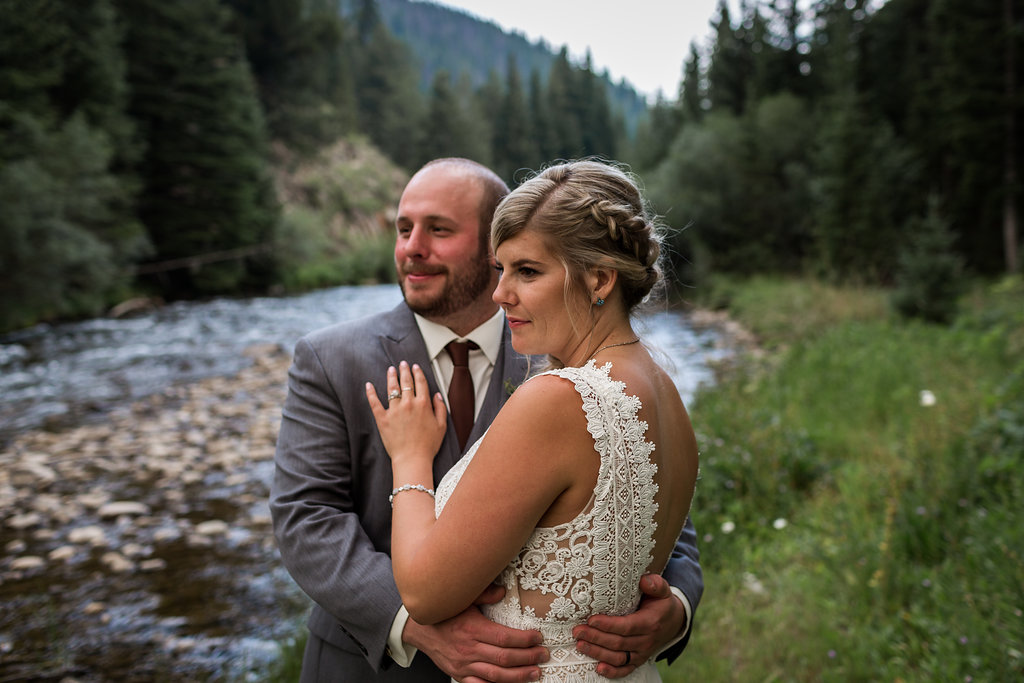