Intimate Wedding at The Libby Lodge 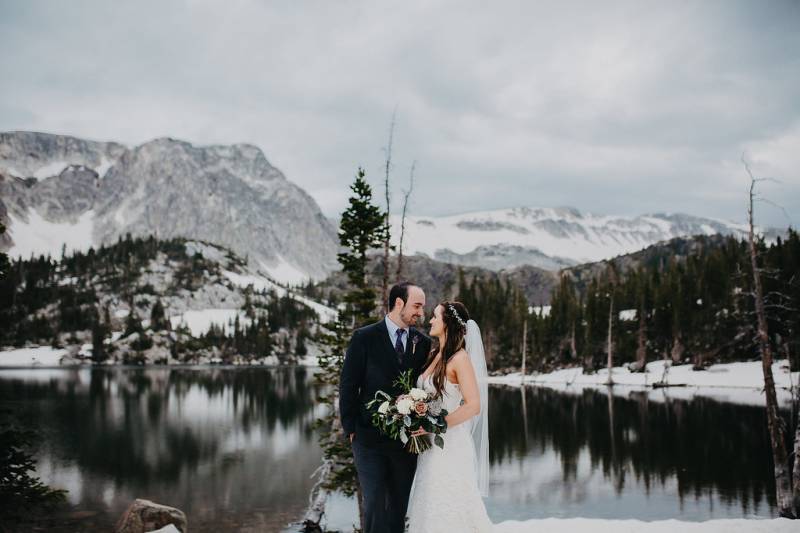 Kyle and I actually met ten years ago at a high school party. He is a couple years older than me so we didn’t talk much. Eventually, we were able to get to know each other better through our mutual friends. After high school, I left for college but we would see each other here and there when I came home, but nothing really came of it. I moved back to Cheyenne, WY after graduation and we started talking a little more, but as Kyle would say I “friend zoned” him. However, soon the stars would align and I gave this friend I had known for years a chance and we went on our first date! It was all history from there. It’s so nice getting into a serious relationship with someone you’ve known so long because everything comes so naturally and you are instantly best friends. A year later we got engaged in Mexico. We had set up this sunset dinner on the beach just because we thought it would be a great memory for our final night in Mexico. Little did I know Kyle had been planning a proposal in Mexico all along. He had spent the last couple months asking permission from my parents, best friend, and even my little brother (which won my heart all over again). When we went to get a picture on the beach Kyle got down on one knee and asked me to marry him. I don’t even think I said yes right away. I just kept hugging him and kissing him until he said, “so is that a yes?

RMB has been a source of inspiration for couples a

It doesn’t get much more regal than riding horse