Penny + Kerry are celebrating their 36th anniversary in a couple of months and have not had photos taken together since their wedding day! We were only shooting for 30 minutes but ended up having trouble finding each other! Once we connected the sun was right at the horizon, and it was 5 minutes before “sunset” so we quickly bounced around and took photos for about 15 minutes before it got too dark. The mountain in Albuquerque glows pink for a couple of minutes right at sunset, which you can see in the beginning of our session; this is usually at the end of a session! Penny + Kerry were SO fun and it was so easy to capture their love. Kerry was so giggly and it made for some great authentic photos. They both wore leather jackets that they got in Italy and they looked so cool! Right before we started shooting, Penny showed me a framed photo of them from so long ago that she wanted to recreate! It was so cute, one of those glamor shot photos from back in the day, and Penny was holding Kerry (who I assumed was sitting in the original photo) from behind, so we had him lean on a rock so she could hold him that same way. It was so great getting to know them in our short time together. 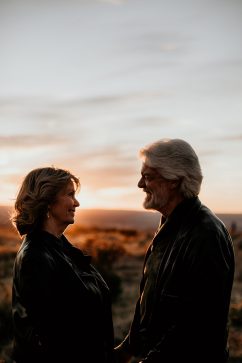 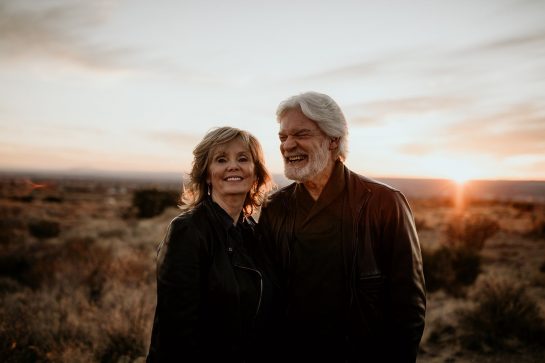 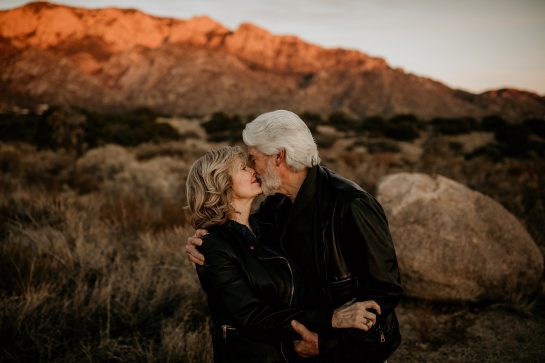 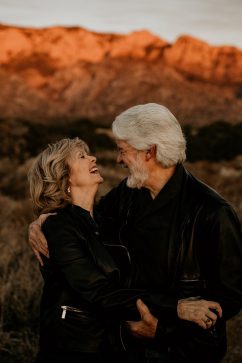 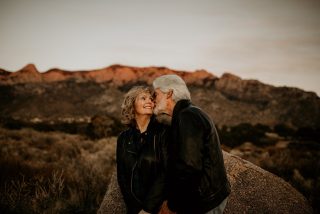 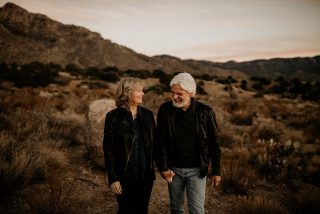 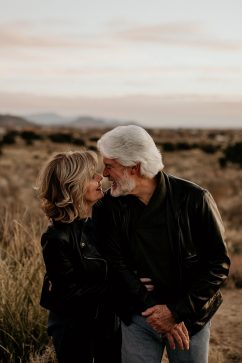 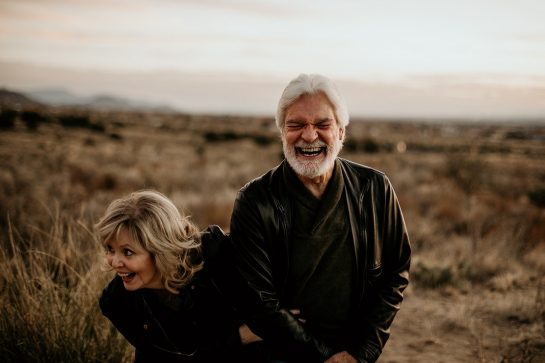 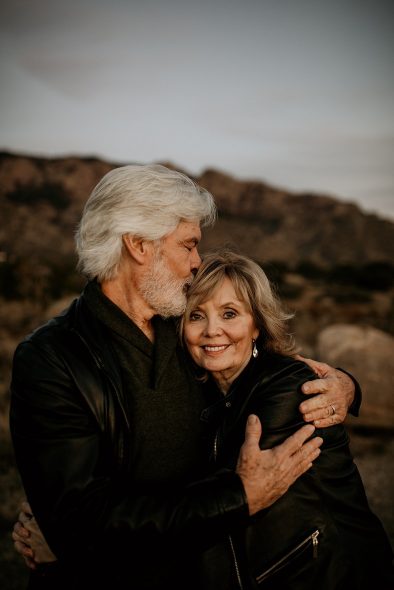 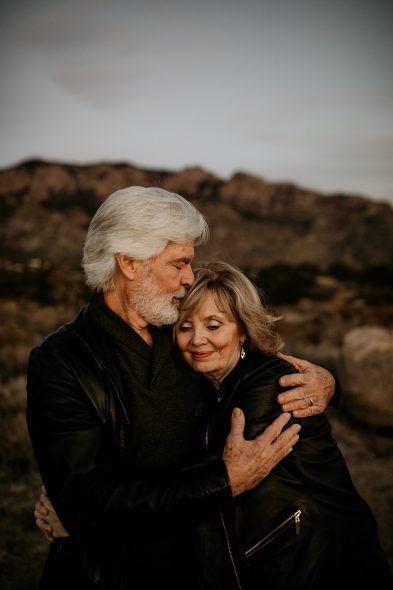 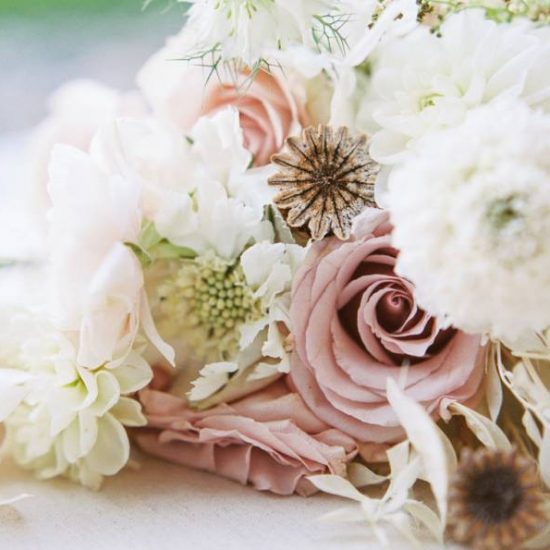 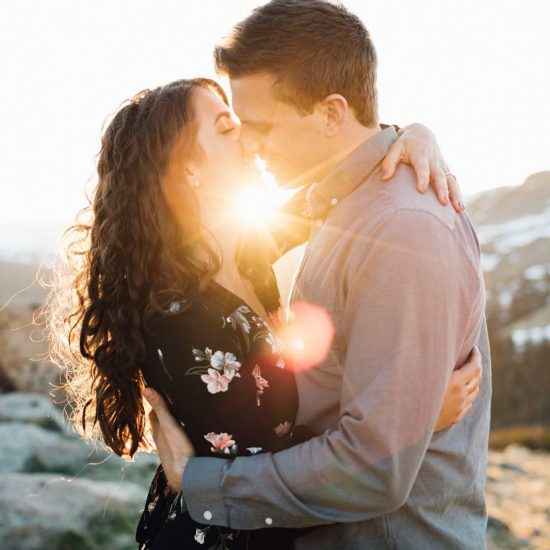 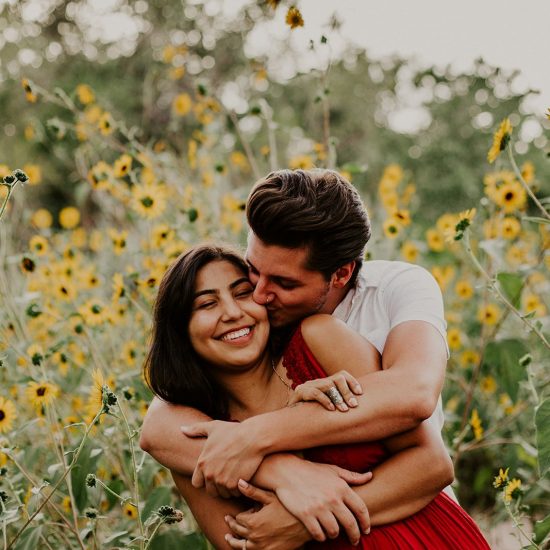 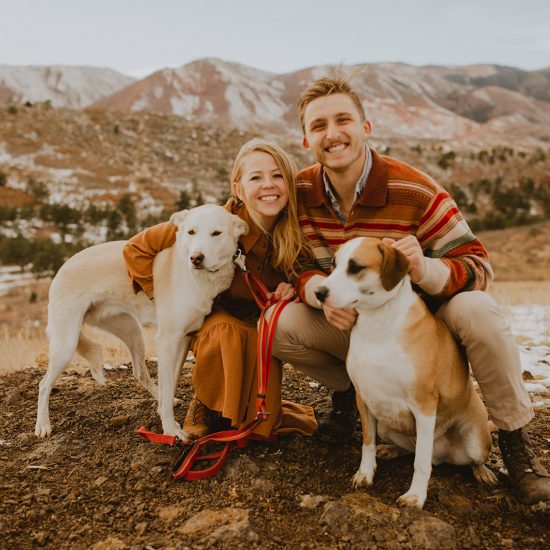