Our Engagement: As told by Bobby

[with commentary by Jessa!]

As Jessa had planned & coordinated a friend’s wedding at the Stanley Hotel in 2015, [best day ever!] I was also lucky enough to be a part of the preparation. While the girls were getting their hair & make-up done in the morning, I had a surreal experience climbing to the top of a bluff behind the Stanley and overlooking all of Estes. It was here I knew something special needed to happen.

Later I realized this was the special place where I needed to ask Jessa if she would marry me; but how? [SO CUTE] I had talked to co-workers about the Lumpy Ridge Trailhead, which leads to a beautiful place in Rocky Mountain National Park called Gem Lake.

A month and a half of preparation went into the events that would unfold. I had planted the seed of telling Jessa that we needed to plan a hike in Estes, while simultaneously coordinating with family members to show up at a surprise dinner in Longmont. [He was able to do this spectacularly, as I was working full time, and coordinating another wedding on the side, and was by all accounts, absolutely exhausted, and truly oblivious! This possibility was the very last thing on my mind!]

Obtaining the ring was troublesome, but fate and will prevailed. Our favorite antique store Fall River was in Estes and I knew I needed to purchase an antique ring from there. I was very sick for 3 consecutive days in early May with a bad sore throat and fever, barely able to swallow. [And he of course didn’t go to the doctor!]

On the first day of being sick, I knew I had to take my chance when I could and drove to Estes. There I worked with the wonderful owner to find an antique 1940’s platinum ring. I purchased the ring and scheduled to pick it up 2 days later. I just so happened to be very ill the next two days and picked it up right under Jessa’s nose before she got home. [Its true. I had no idea.] I then purchased a geode ring box to propose with.[most beautiful box EVER!]

Come the special day, we drove to Lumpy Ridge Trailhead which happened to be down the road from
the Stanley. We hiked up to Gem Lake (with the geode and ring in my pocket), with many breaks along the way [absolutely true. I’m SUCH an avid hiker] and had a wonderful and exhausting 6-mile hike. As we came back to the car I had reiterated, “Now I have to show you that special spot I’ve always told you about at the Stanley.” Jessa retorted with “No way! I’m tired and hungry and want a beer!” [So true. I talked about nothing but beer the entire hike] After some hangry bickering, we made our way for the Stanley (with Jessa arguing not to park, and to just go to town). [Because, beer.]


After we found parking, we made our way up the bluff. Right when we had gotten to the top to take in the view I ran down the ridge a couple of steps behind a boulder and pretended to tie my shoes. I then shouted out, “You have to check out this rock I found!” Jessa replied with a casual “we’ve been looking at rocks all day, why do I need to come down there?” After little coercion, [because what kind of rock could he REALLY have found?] she came down and while still kneeling I gave her the geode ring box with a bow on it and a very confused grin crossed Jessa’s face.

At first she had thought, what?? Did he actually find this here? [Absolutely true!] As she opened the geode, she found a small object wrapped in cheesecloth and continued her confused smirk. As she unraveled the
ring, she became a fire cracker; bursting with tears and jumping for joy I asked, “Jessa Anne VonFeldt, will you marry me?” She yelled “Yes!” I then informed her this was half the surprise and all she could know was that we have dinner plans at 7 and we needed to get home in time to shower and dress appropriately. [Then I proceeded to make him pose for photos of my new bright shiny ring. Obviously.]

We then had a stellar lunch and headed home, [he had a great lunch. I was too excited to eat!] showered and got dressed up. We then Ubered to our destination: The Cheese Importers in Longmont. Once inside, we walked upstairs only to find 19 family members yelling “Surprise!” [I honestly had no idea this was coming! Almost as big of a shock as the diamond ring! Sobbing ensued, etc.]

The dinner and company was spectacular and we had a magnificent rest of the night with family. [THE END! Well, only the beginning really. xo, J ] 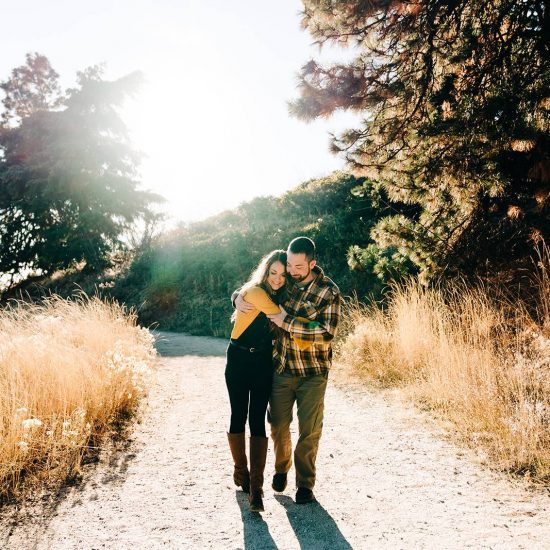 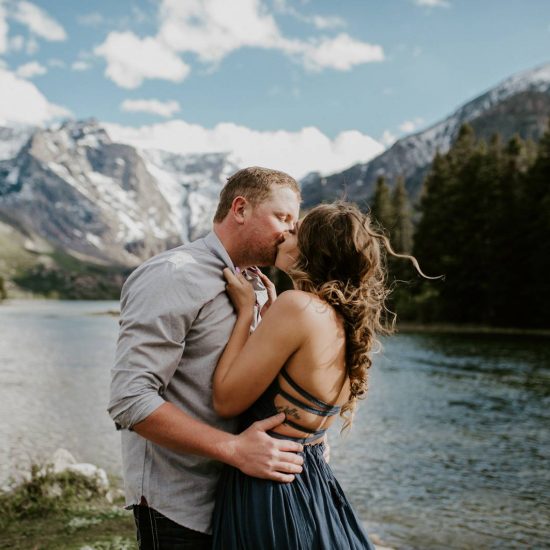