Mark is an active duty pilot in the Air Force and will be leaving on his first deployment at the beginning of this year. Kristin & Mark met on the beach in North Carolina about a year ago when Mark was stationed there. Mark was transferred to New Mexico for training and Kristin moved with him leaving friends and family behind in her home state. They decided to get married before his deployment, however, a big wedding for them was unrealistic because all of their family and friends live on the east coast. But they decided to elope before Mark deploys and then have a vow renewal ceremony after his deployment with their family. With the Sandia mountains in the background, Kristin and Mark said “I Do” in front of a few close friends and their dog. One thing that made their elopement extra special was their effort and creativity in hand-making the macrame and wood backdrop themselves. Kristin spent time learning macrame specifically so she could hand-make their backdrop, and it turned out perfect! 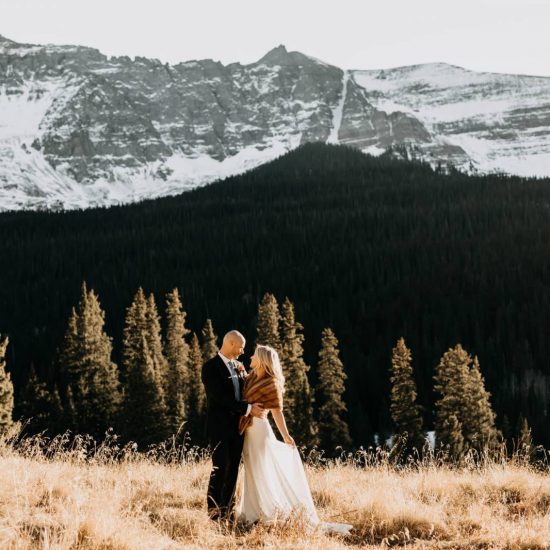 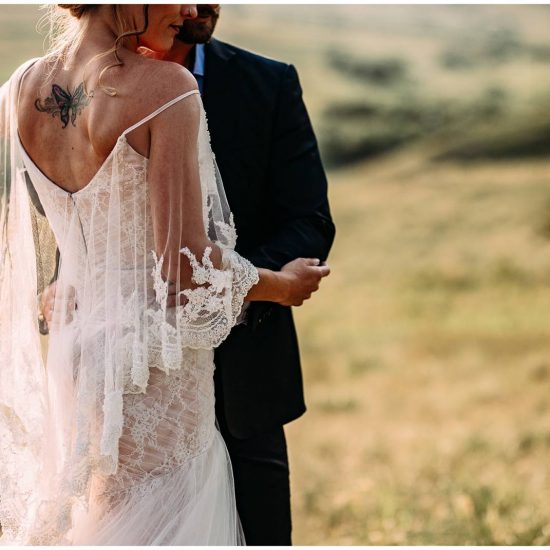 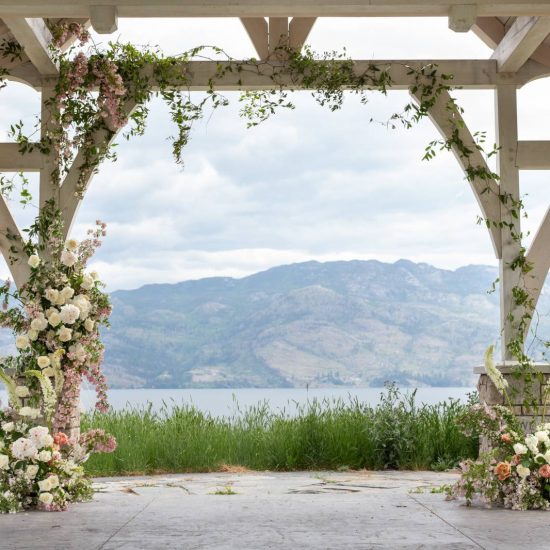 We’re head over heels in love with this little l