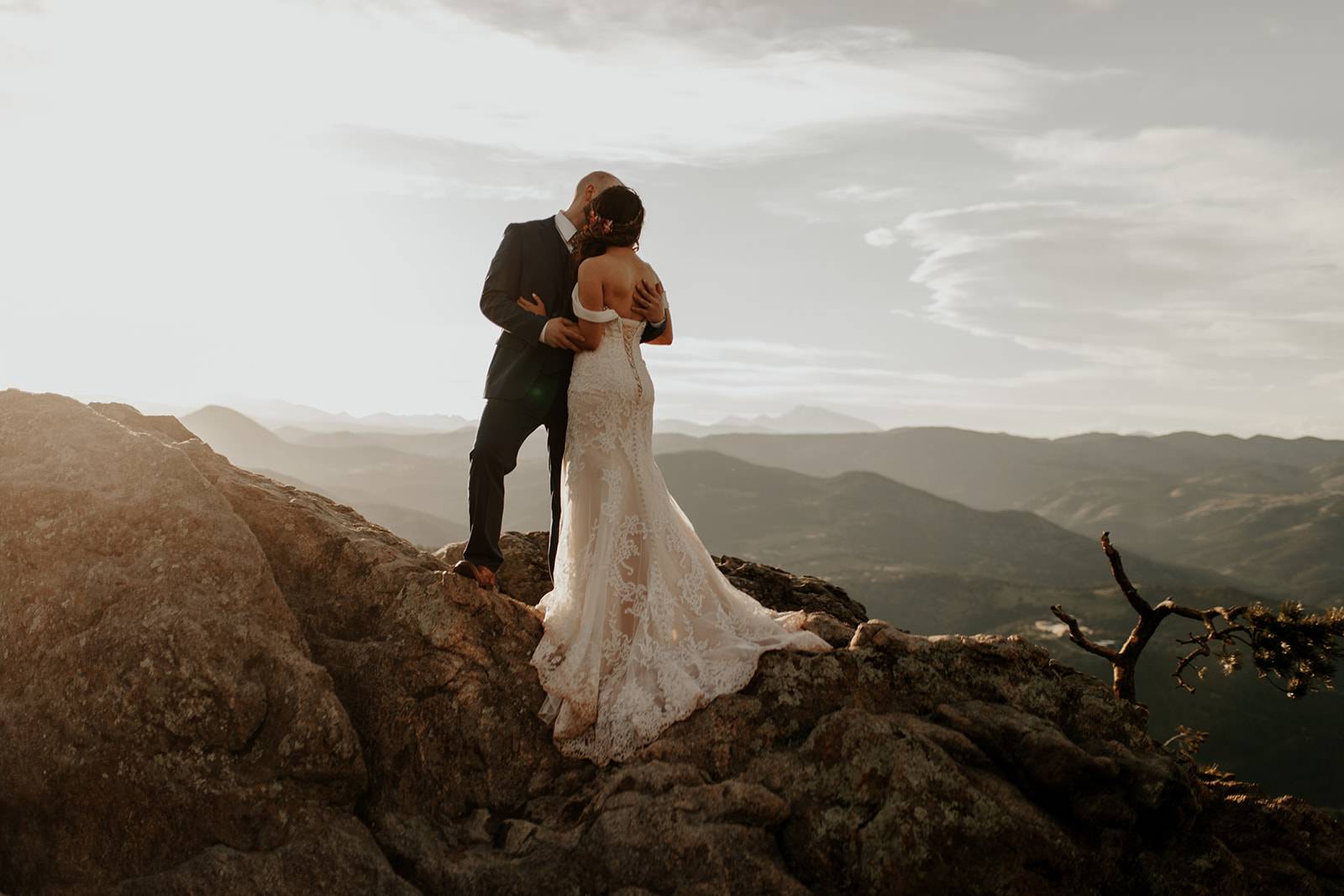 Amanda worked in the wedding industry as a planner for years and when she and Keith got engaged they knew they didn't want a large traditional wedding. Keith proposed to Amanda in Boulder, Colorado last fall and they fell in love with the landscape, they knew they wanted to come back to tie the knot. In June they brought 30 of their closest friends and family to the top of a mountain in Chautauqua Park to celebrate in their vows. We had been watching the weather all day and the forecast promised it wouldn't rain, however, the second Amanda's feet hit the ground to walk towards her groom we were engulfed in a torrential downpour. They didn't let it phase them though. It was the most emotional, joy filled ceremony watching them endure the elements during their vows. As soon as they kissed the sun came back out and we adventured through the mountains to take in the views. As the sun began to set we made our way back to the VRBO they rented for their guests. They planned an intimate backyard reception to eat tacos and margaritas and had their first dance by the light of tiki torches. 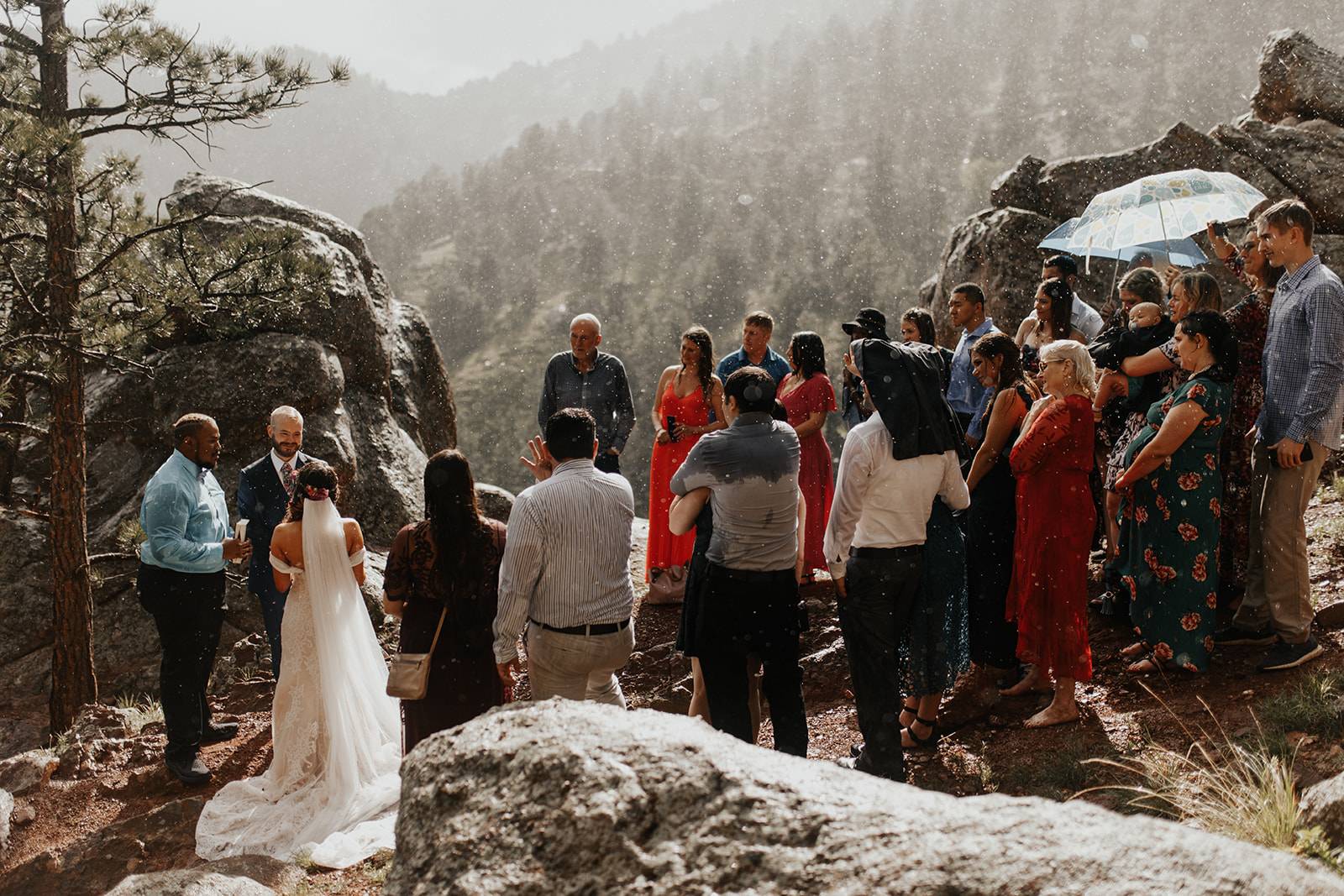 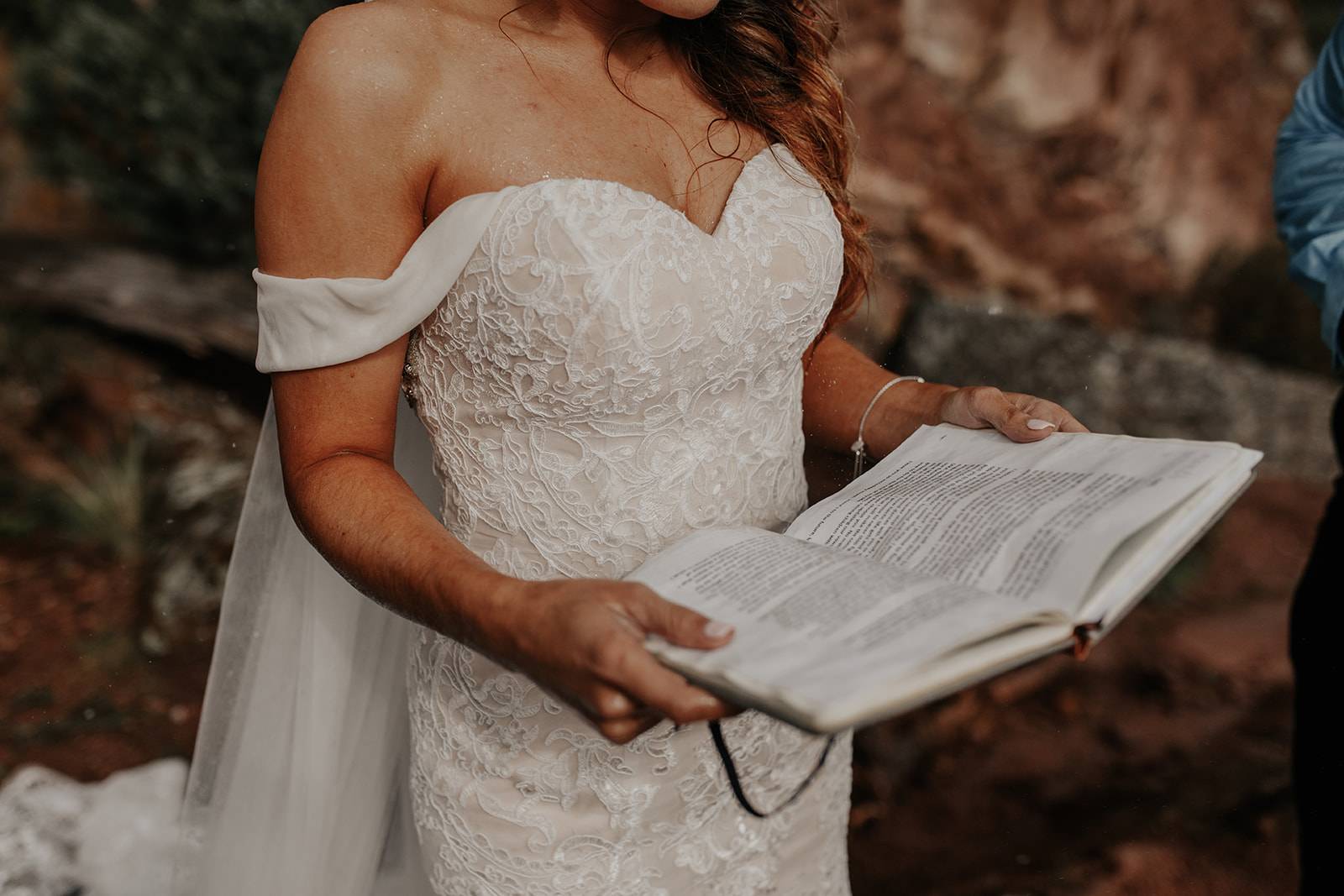 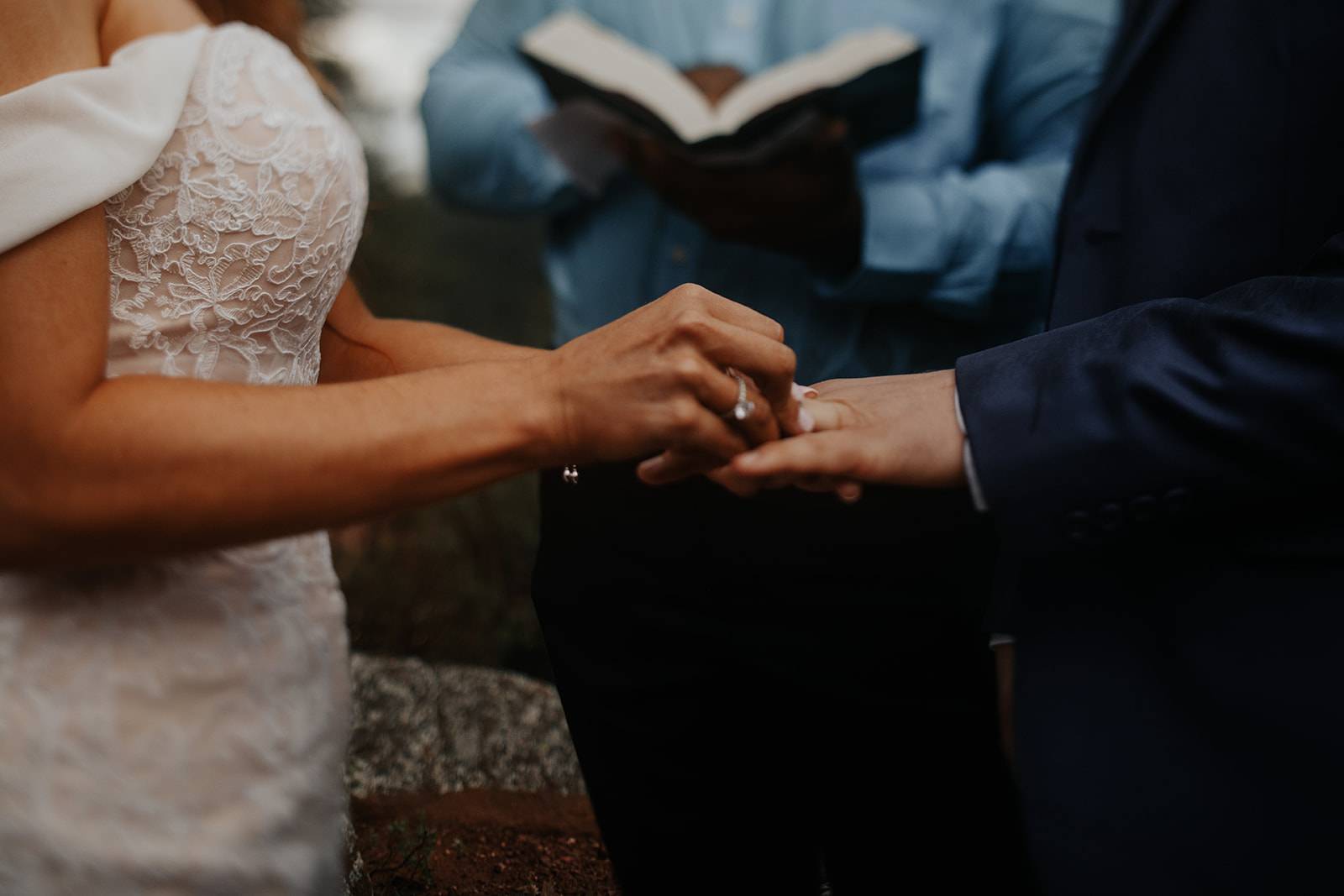 Keith is an avid shooter and a firearms instructor for fun and as I like to jokingly say, he's basically a firearms encyclopedia. Throughout the years of our relationship, he's always told me of his exceedingly amazing experiences at the NRA Whittington Center located in New Mexico as they have an insanely impressive shooting set up and there is a challenge shooting range where you have to hit the "White Buffalo" which involves shooting at this buffalo shaped target which is 1130 yards from the shooting bay. If you can hit the White Buffalo, it's a big deal. Like...you wear a t-shirt to show your pride if you accomplish this goal kinda thing. Keith and I knew we wanted to get married in Colorado and had planned to take a trip to the mountains to find the potential nuptial spot and decided that we might as well make the NRA Whittington Center a part of the route. After all, what better opportunity to finally experience all the greatness he had described for years! Little did I know that he had been planning an elaborate proposal involving the staff of the shooting center who gave him access to set up his own target on the hill next to "The White Buffalo". Promptly upon arriving, Keith went to go set up his target that he had designed and claimed that he had created a machine that would blink red if you hit the target. His passion for firearms aside, Keith is also an engineer so building his own machine/gadget was nowhere near out of the norm. Not suspecting much, Keith ended up taking a usually long time to set up said target but he finally got the shooting bay and told me to set up my rifle and get my scope zoomed in. When I looked through the scope, I saw nothing out of the usual but soon I realized was quite wrong but in the best way possible. I pulled the trigger and hit the target on the first try and looking through my scope, suddenly dropped a banner that said: "MARRY ME". To my surprise, the "target" that Keith had been working on was actually a sensor that would send a signal to drop the banner in response to me hitting the target. As soon as I saw the banner drop, I sat up and looked behind me to see Keith down on one knee. Many tears later, I said YES! 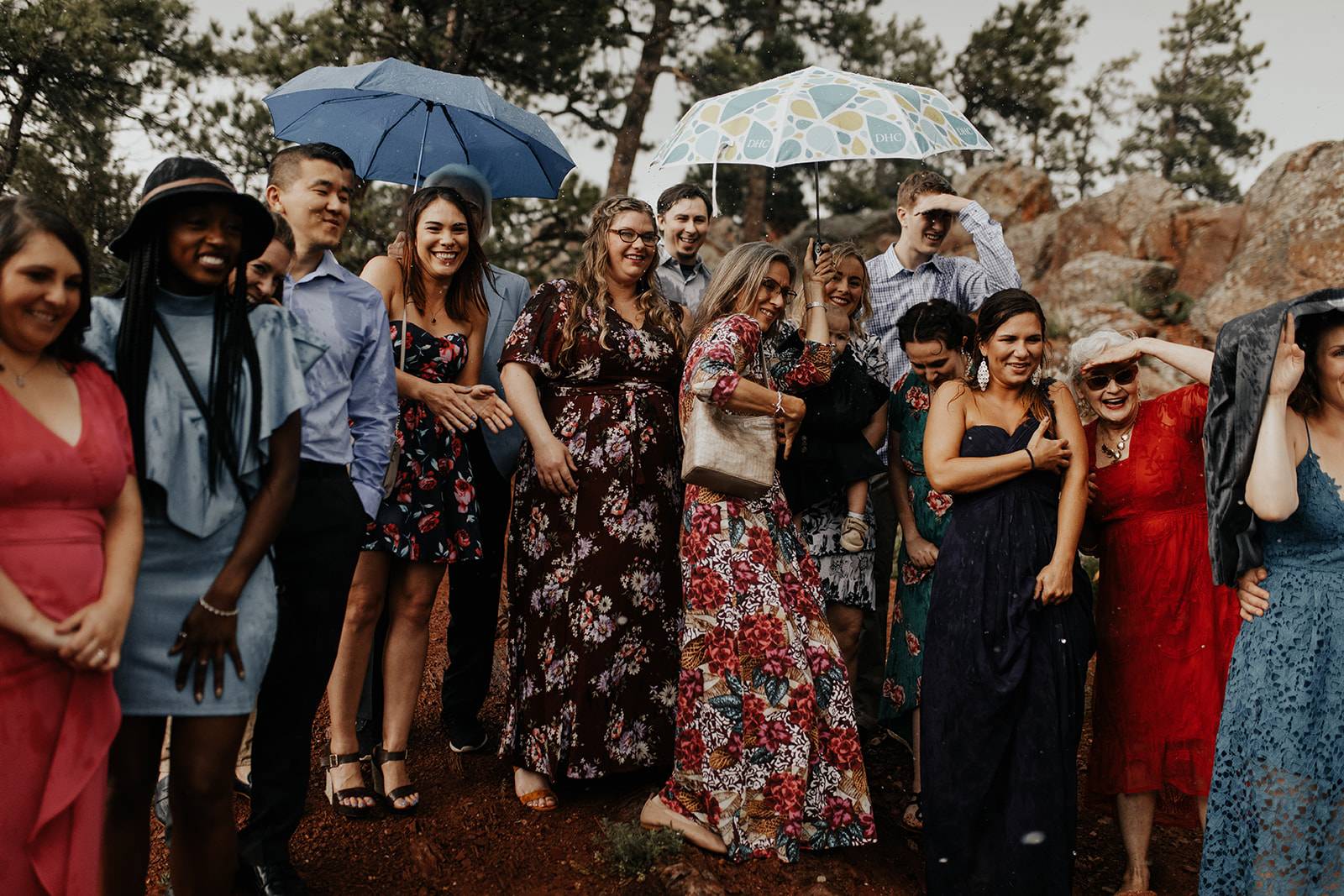 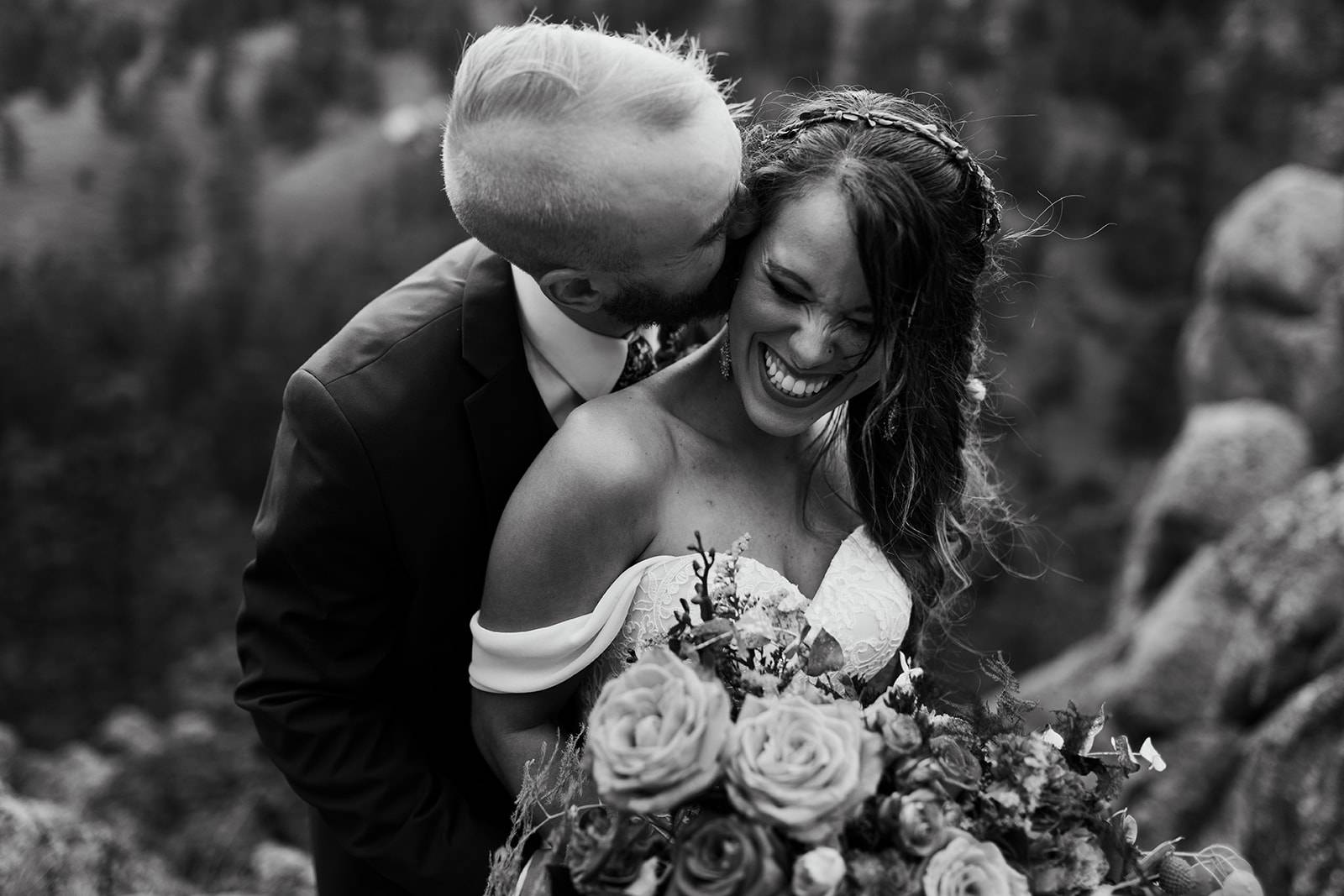