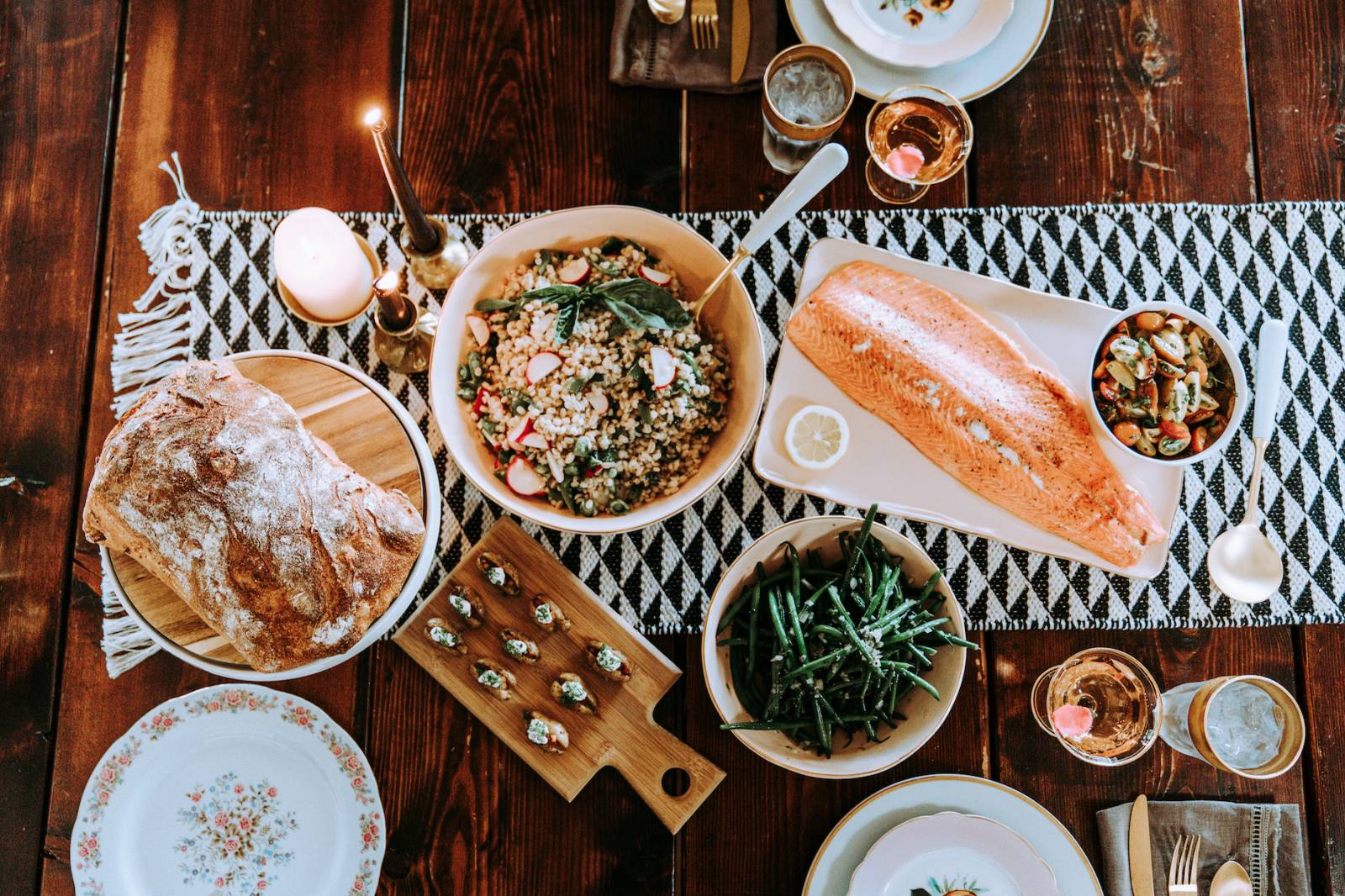 The Art of Entertaining

Invite your friends and family over to your place for a night of cocktails, homemade cooking and great conversation. These tips and tricks from the entertaining experts at Wild Plum Events will guide you in creating the perfect evening. From greeting your guests with a curated cocktail to planning a menu that can be prepared in advance, you'll look like dinner pros in no time!

One: Do your prep in advance so you have time to enjoy yourself at the party! It's no fun to put in all the work of planning and hosting only to spend the whole night cooking in the kitchen.

Two: We've found that it's a marriage-saver to divvy up responsibilities for the evening in advance--if you discuss who's making the drinks, who's putting the finishing touches on dinner, who's clearing plates and who's doing dishes, you'll be much less likely to stress about it later.

Three: Leave at least a half hour to throw on a record and have a cocktail with your partner before the party starts. It's important to take a moment to connect before folks flood in. Also, a slight buzz does wonders at calming those "what-am-I-forgetting?" jitters.

For a simple side dish, try making these "Mini Loaded Baked Potatoes" from Wild Plum Events - you're guests won't have any problems digging into these bad boys!

Toss tiny potatoes in a generous amount of olive oil and Kosher salt. Roast on a sheet pan at 375F for 30 minutes, or until they feel soft to the touch. In the meantime, dice bacon into 1/4 inch cubes and cook in a pan until crispy. Drain on paper towels. Remove potatoes from oven and let cool slightly. Make a cut lengthwise in each potato and use your thumb and forefinger to pinch it open and stuff it with bacon. Garnish with a squeeze of sour cream and a sprinkling of finely chopped chives. 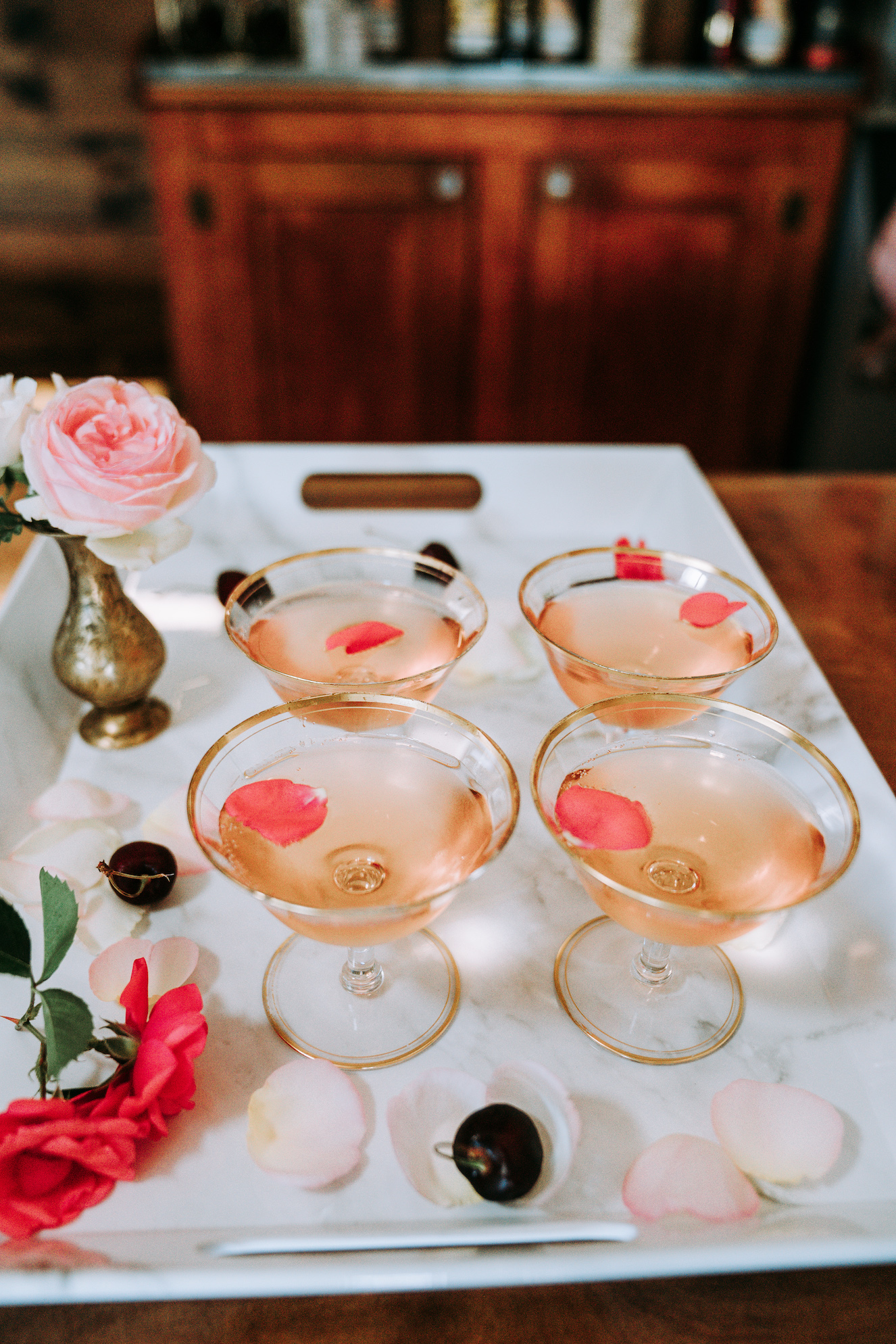 Four: When guests start to trickle in, make sure they get a drink in their hand ASAP. Punches and sangrias are awesome because they can be batched in bulk ahead of time. Then you just pour, garnish and serve! And don't forget to set out a cooler with ice (and a corkscrew) for guests to stash any wine/beer they brought with them.

If you're in need of a little cocktail inspiration, the Rosy Cheeks is simple and delicious. Test it out at your next gathering!

Combine Cocchi Americano with Lillet Rose over ice and stir gently until chilled. Strain into a coupe glass and top with chilled dry sparkling rose. Garnish with an organic rose petal. 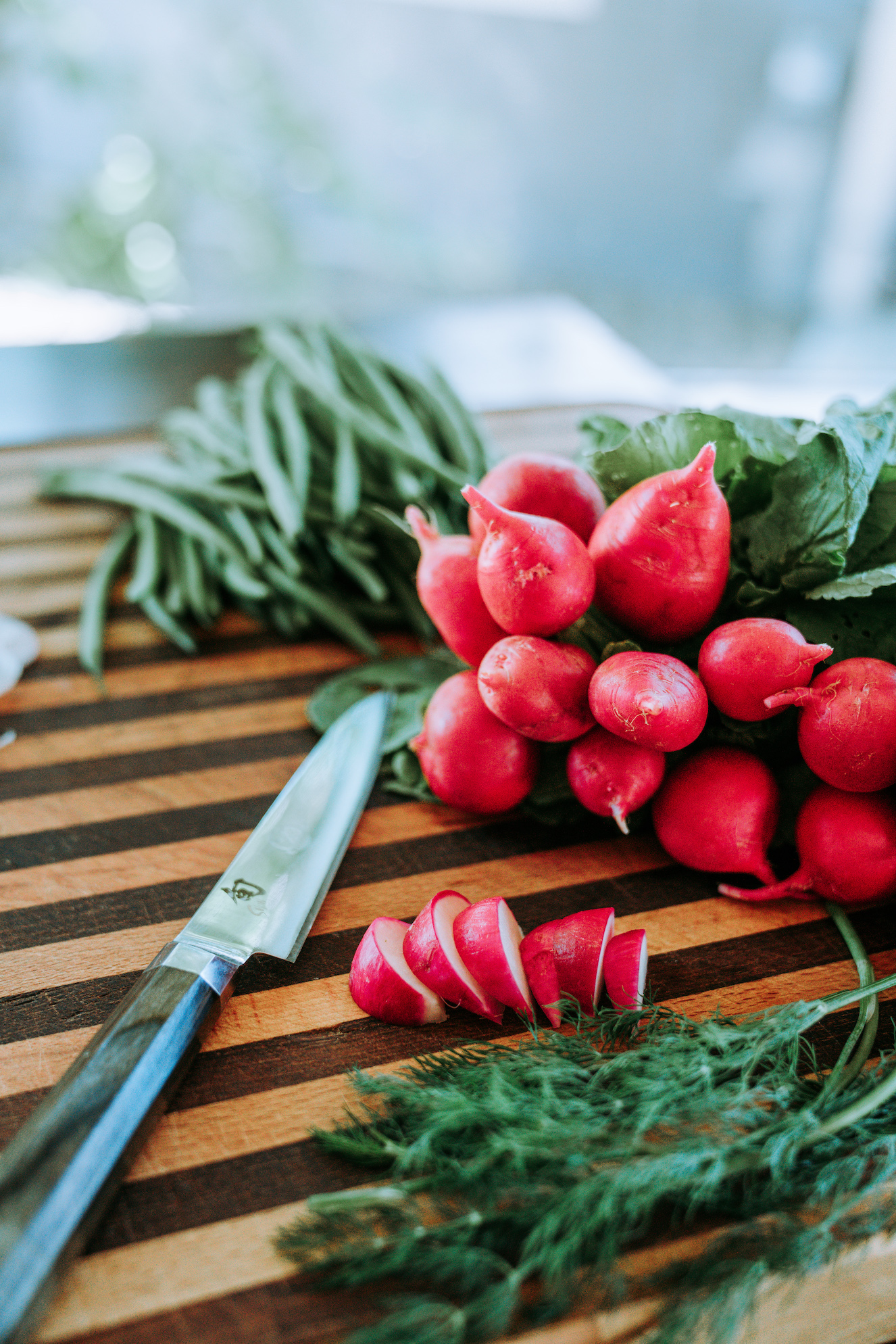 Five: When it's time for dinner, keep it simple with a family style spread - a forgiving make-ahead grain salad, some lightly dressed veggies and a big slab of baked fish all finished with a bowl of flavor-packed relish to drizzle over everything. Don't forget serving spoons and tongs!

Six: We recommend scraping the labels off of old wine bottles, filling them with water and keeping them chilled in the fridge until dinner. That way guests can help themselves to water throughout the night.

Seven: Dessert should be the easiest part of the evening. In the summer, we like to serve buttermilk pannacotta with fresh berries, or something you can grab straight from the fridge and stick a spoon into. If you keep things simple, you'll have more time to spend connecting with your guests, which is the whole point of entertaining, right?

These gather tips and tricks were originally featured in Rocky Mountain Bride Idaho 2018. Flip through the issue here! 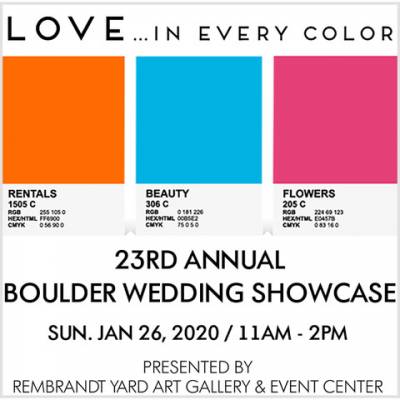